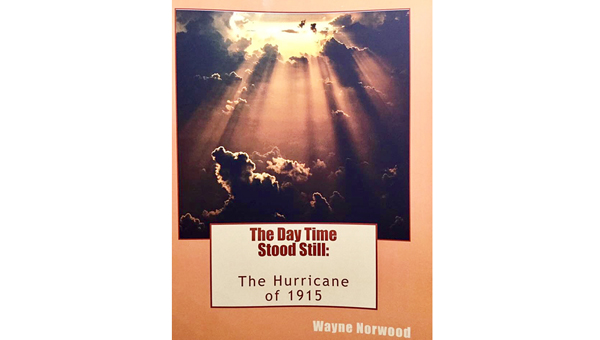 Wayne Norwood wrote “The Day Time Stood Still: The Hurricane of 1915,” which tells the story of the hurricane as was told to him by Mrs. Helen Schlosser Burg.

Norwood: Do you know origin of your last name?

Have you ever stopped to think about your last name or about the origin of your last name? What about where some of your ancestors came from?

After reading this article, you might have a better understanding about your last name. On March 7, 1721 a vessel named the Portefaix brought three hundred German colonists to settle in Biloxi, Mississippi. They were under the command of Charles Frederick d’Arensbourg and after many hardships the Germans left Biloxi behind and settled in a small village called Lucy. The first and original name of Lucy was Karlstein.

In 1724, a census was taken and the names of the German families were changed from German to French. The names were changed because of a mostly French population of people that spoke, read and wrote French. Therefore the spelling of the last names was changed to use the French spelling.

The family names that have been documented are as follows:

Txorier to Troxclair, Heidel to Haydel, Rommel to Romme, Treager to Tregre, Wagensbock to Waguespack, Foltz to Folse, Huber to Oubre, Lesh to Laiche, Weber to Webre and Fabre, Zehringer to Zeringue, Wickner to Vicknair, Schof to Chauffe, and Tricchl to Triche.

If one of these names happens to be your last name, you are probably of German descent. Now you know how and even why your name was changed.

The Germans settled on Lake Pontchartrain in 1850 and lived there until September 29, 1915. On this date, a large hurricane made landfall and destroyed the towns forever and many lost their lives.

Wayne Norwood wrote “The Day Time Stood Still: The Hurricane of 1915,” which tells the story of the hurricane as was told to him by Mrs. Helen Schlosser Burg.

Exercise can be either too difficult or painful for many physical conditions and diseases. In cases of chronic hip, knee... read more