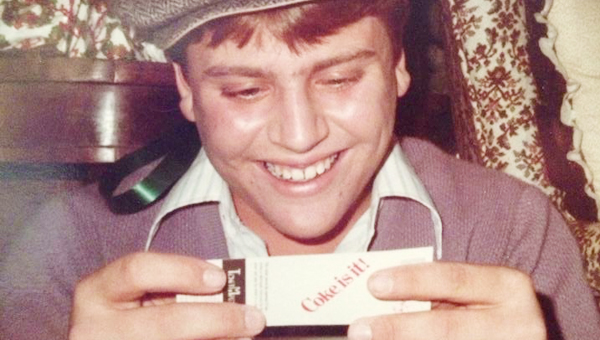 The video is simple.

There is a young looking man in his 60s with a black T-shirt, dark baseball cap and gray goatee looking directly into the camera.

It only lasts 25 seconds, but the Piano Man delivers.

“Hello Perry, it’s Billy Joel here. I would like to thank you for supporting and performing my music for all these years. It’s an honor to know a fellow piano player, like yourself, was taking the time to learn my songs and play my songs. I understand you are going through a tough time right now. I just want you to know I’m pulling for you and I wish you the best. Take care of yourself.”

Joel made and delivered the message to Perry Levet.

A lifelong Billy Joel fan and accomplished River Region musician, Perry battled leukemia for all of 2013. His family and friends arranged for the pick-me-up message.

Those who were in the room when Perry saw the video for the first time tell me it’s a memory they are never going to forget.

Unfortunately, Perry died in January of 2014, but not before sharing a request with his aunt, Tanya Roccaforte.

Tanya told me one night when it was her turn to stay with Perry, they talked about all the people who were being so generous to him and his family.

According to Tanya, Perry said, “I know I can count on you and some of our friends to go out there and help other people in need.”

Lawrence “Perry” Levet Jr., 45, died Jan. 26, 2014, leaving behind daughters Gabrielle, Jeanne and Maddy, along with dozens of friends and family.

Many of those loved ones took Perry’s request to heart, and now they’re the driving force behind Perry’s Posse, a non-profit organization that gives emotional, spiritual and financial aid to River Parishes residents actively undergoing cancer treatment.

The group started small but has grown in three short years to raise tens of thousands of dollars and touch the lives of more than 100 people — all of whom are our neighbors in the River Region.

Their next dual fundraiser/community party is a dart tournament, scheduled Friday at Airline Pub in LaPlace.

The event includes enough good food, drink specials and raffle winnings to make sure those not throwing darts are having a good time. Call 504-487-4364 for more information.

Joan LeBouef, a Garyville cancer survivor herself, knew Perry for decades and joined the Posse immediately, today serving as its unofficial spokeswoman.

She was wearing her Posse T-shirt with Tanya recently when they stopped for a break at Chili’s in LaPlace. Their server introduced herself, telling the duo she was one of the first people Perry’s Posse helped.

She eventually lifted her hat to show her hair growing back following cancer treatment.

Joan said the scene touched her heart, reiterating to her why she survived her battle with cancer.

“After going through my cycle of cancer, which means you can’t help anybody else until you help yourself, I now know this group is the reason I am here,” Joan said. “I made it to do this for other people. I thought I was just helping cancer patients but I see how other people feel when they help us. That’s what gets me.”

I bet the work would even make Billy Joel proud, knowing he helped inspire the effort that bears the name of one of his greatest fans.

The St. John the Baptist Parish Public School District, the community and other stakeholders are proud of our educational accomplishments.... read more