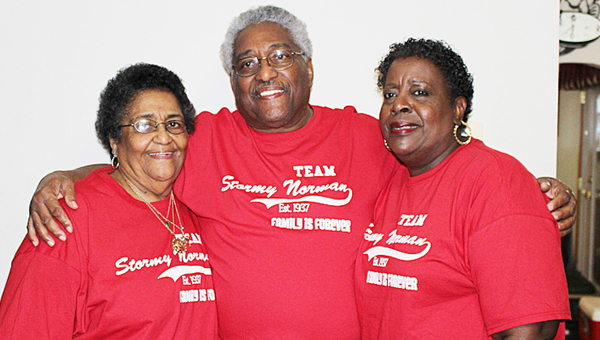 Pictured, from left, are Mabel Lewis, Winston Richard and Lynda Richard, respectively, the sister, brother and wife of Norman A. Richard Jr.

DESTREHAN — The family of Norman A. Richard Jr. gathered in Destrehan in October to celebrate his life and home going.

Family members said he was a devoted community businessman and a leader in the Norco and Montz communities. Richard had fondness for and a special commitment to serving the elderly. He was also recognized for his success as an entrepreneur.

As the holiday season neared, his family wanted to find a way to honor his legacy of giving, leading to his great niece suggesting family members adopt a family in the local community.

She announced the idea at the annual New Year’s Eve gathering. In a matter of minutes, they collected $450.

The following day, Richard’s widow, Lynda Richard, and the family donated grocery and gas cards to a single mom in college.

Family members said they felt honored to bless someone in the name of Richard, adding their plan to honor his legacy annually with this act of giving.