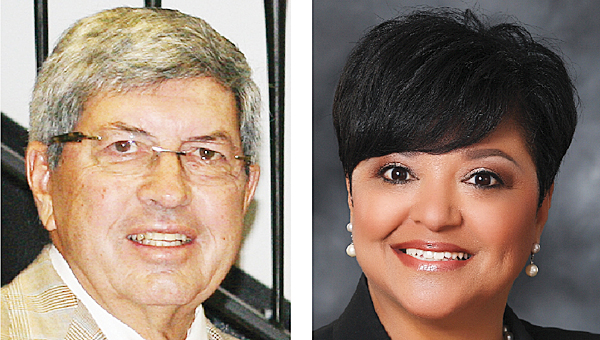 He adds key members of the parish’s leadership team are gaming the system for personal gain.

“She has more department heads than probably the last three Parish Presidents combined, and she also has more assistants than anybody,” said Becnel, an attorney and local businessman. “God knows what they do, because they don’t deliver good water, they haven’t done anything about flooding and they don’t do evacuations when the Weather Service tells them too.”

If elected, Becnel said he would not automatically eliminate anybody.

“I want to interview everybody and see who is able to do the job,” he said. “But, they are not going to be working for this Parish if they don’t live here. I can tell you that right now. If you live here, you can get a job here. If you don’t live here, go to your Parish and get a job there.”

Robottom said her administration does not have an excess of department heads.

“The Council created, at our request, a communications department,” Robottom said. “We created the communications department after (Hurricane) Isaac. There was a public information officer, and we made it a director’s position. The positions that are there are all Council-approved positions. The Parish President makes the recommendation for the appointment, and the Council confirms.”

“At this point we have three,” Robottom said. “It doesn’t have an affect on the administration. I tried to get the best people to do these jobs. The residents of the Parish deserve someone who is knowledgeable, committed and someone who will work hard for them.”

Multiple times during the campaign season — including at a public forum hosted by the River Region Chamber of Commerce — Becnel brought up St. John Economic Development Director Torri Buckles and her illness, claiming Buckles was on paid sick leave for a number of months with no one taking her position.

“The economic development person makes over $100,000 a year,” Becnel said. “Allegedly, she was sick. They put her on sick leave for 10 months and had nobody take her place. She doesn’t live in the Parish. She had a 10-month sick leave after only working for two months.”

Because of the severity of Buckles’ illness, Robottom said the accusations leveled by Becnel are a low blow.

“(Buckles) was treated the same way all of our employees are treated,” Robottom said. “After a certain amount of time, she was on leave without pay, just like any other employee in the Parish. Every employee in the Parish is entitled to sick leave. They can remain on leave for a period of time. She was fortunate to be able to come back.

“The numbers he gives are off. The fact that he would continue to reference someone who was ill, legitimately ill, and does a great job for the Parish and did beforehand is an insult. To say someone worked two months when they really worked three years is off.”

While Buckles was ill, Robottom said the Parish compensated by bringing in temporary workers and leaning heavily on the parish’s chief financial officer and chief administrative officer for guidance.

“All of our department heads pitched in,” she said.

Becnel also says the parish’s assistant director of public works has used parish labor and material to build a garage and den at his house.

“He used supplies from the Parish that we pay for,” Becnel said, adding the construction was accomplished without permits.

Robottom denied the accusations, saying they are false.

“(Becnel) talks about the assistant but does he talk about the director?” she said. “Doesn’t that draw red flags that he would be doing this and the director not do anything.

“I really don’t think that we should be entertaining Mr. Becnel’s tactics that he uses in his campaigns, which is to attack and use negative campaigning and throw out things that he knows are false.”