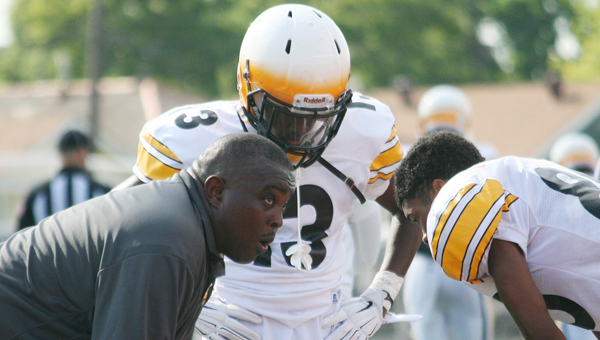 RESERVE — The East St. John Wildcats (0-4) will play their second home game of the season this week facing off against the Thibodaux High School Tigers (2-2.)

“We’ve gotta keep grinding, gotta keep working,” Foster said. “The main thing is we have to see our mistakes and correct them. Our mistakes have all been correctable.”

The H. L. Bourgeois Braves (4-0) defeated ESJ last week on their home turf in Hammond. For much of the game, The Wildcats were haunted by mistakes and penalties that impaired their chances for victory.

Foster said he is hoping all that will change this week.

“What killed us last week mostly turnovers,” Foster said. “We were just getting a few guys back and we had a few injuries. All that threw our game off.”

Foster said he and the Wildcats are anticipating a difference when his quarterback can play again this week.

“This week Marquise Darensbourg will be back on the field,” Foster said. “He is battle-tested with a 14-0 record. The team is excited he is coming back. They saw him work his butt off even when his status of playing eligibility was unknown.”

Darensbourg transferred to ESJ last February from Destrehan High School, where he was a star quarterback for the Destrehan Wildcats. The Louisiana High School Athletic Association originally ruled him ineligible to play football for the 2015-16 season. After and appeal by ESJ, Darensbourg was told he would be allowed to play starting in week 5.

ESJ will face off against the Tigers at 7 p.m. Friday in Reserve.

Riverside holds on for win as goal line stand…