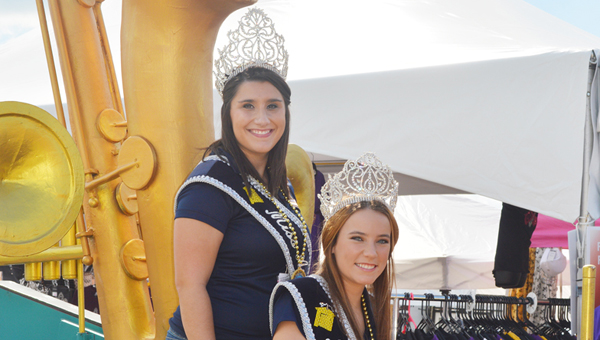 As the Andouille Festival rings in its 42nd year in 2015, plenty of returning musical acts and some new favorites are planned.

LAPLACE — As the Andouille Festival rings in its 42nd year it is returning musical acts who have been playing for St. John crowds for years as well as others who have only recently discovered the festival.

The 42nd Annual St. John the Baptist Parish Andouille Festival will be held Oct. 16-18 at the Thomas F. Memorial Park (Hwy. 51) in LaPlace.

The Topcats will perform once again at the festival. Topcats singer and drummer Robert Schultle said the band has played the festival at least 15 times.

The Andouille Festival was one of the band’s first gigs when they came together in 1983 and they have tried to come back as often as possible.

Schultle said this year in particular, the tenth anniversary of Hurricane Katrina, is an important return to the Andouille Festival.

After his home in Kenner was damaged in the hurricane, Schultle first evacuated to LaPlace before living in the area while rebuilding his home.

“We all experienced Katrina together,” Schultle said. “So I have experienced the rebirth of the whole area. There were a lot of people that stayed in LaPlace. The open arms of LaPlace supporting the local music industry was awesome. It was the place for us to stay that was the closest we could get to our homes.”

In addition to the sentimental return, Schultle said he is just happy to be asked back to perform in front of local crowds.

“The Andouille Festival is still supported by the local scene which we applaud,” Schultle said. “We are there to play for our community and friends and family. It is awesome local music, great crafts, local things you can buy and the classic — enjoying the best andouille in the world. I always take some with me.”

Schultle said festival goers should expect to hear some classics from the band but should not be surprised if they cover some contemporary music as well.

Their playlist is over 500 tunes.

“You never forget where you come from,” Schultle said. “We still play the classics like Johnny Be Good every night, but we will turn around and play Turn Down for What.”

Also featured are other acts who are rather new to the scene.

Rockin’ Dopsie Jr. & The Zydeco Twisters are only entering their second year playing at the Andouille Fest.

“Last year was the first time I’d ever been to the Andouille Festival,” Dopsie said. “It was great. I enjoyed it. I thought the atmosphere was great, the people were great. I don’t get a chance to play in that area very much. We are always around New Orleans, Baton Rouge whenever we are not on the road. But I like LaPlace a lot. It is a lot of fun.”

Dopsie said the band just got back from Brazil, adding it was a great time with great people.

“But, there is something about Louisiana artists, the festivals, the arts and crafts, the people, the venues,” he said. “It is just something special. I like playing for Louisiana people. It is just a beautiful feeling.”

As per usual, Dopsie said he will mix in a combination of R&B, New Orleans R&B and punk into their Zydeco set. However, Dopsie said how the mix comes together has as much to do with the crowd as it does with him and his band.

“I am probably one of the few musicians in the world who plays without a song list,” Dopsie said. “I just call the songs off the top of my head, and when I rehearse my band, they have to know every song I call and the key I play it in. I just like reading the crowd. Once I’ve got them, I feel that if I call this song or that song, it will keep them on their toes.”

But it is not just about the music for Dopsie. He said the food is a big draw as well.

“I am gong to come early,” Dopsie said. “Two hours before the show and get a bite to eat and then laissez les bon temps roulez — let the good times roll. It will be a lot of fun.”

Joining the Topcats and Rockin’ Dopsie Jr. & The Zydeco Twisters on the festival’s opening night will be Phunky Monkeys.

Saturday will feature Kayla Woodson, The Vettes, the New Birth Brass Band and locals bands Off the Hook, IMAGE and MoJEAUX.

On Sunday, the festival will feature a gospel tent with acts performing throughout the day as well as performances by Changing Times Band, Amanda Shaw & The Cute Guys, Category 6 and Big Sam’s Funky Nation and a closing performance by Bag of Donuts.