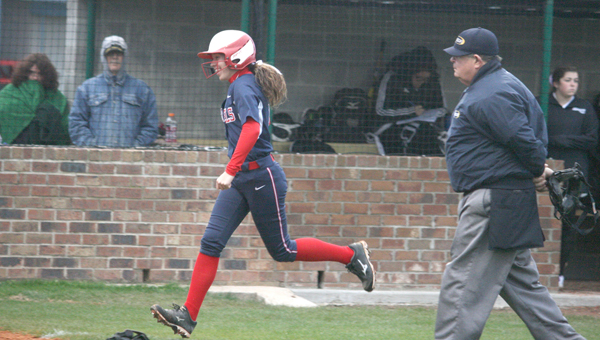 RESERVE — Riverside’s Von Julien and Toni Perrin were named the Rebels’ male and female Athletes of the Year, respectively, at the school’s recent athletic banquet.

Perrin, a sophomore, played multiple sports and excelled in all of them. She helped lead the Rebels’ softball team to a state semifinal finish while batting .446 with three home runs, 24 RBIs and 25 runs scored. She also was a major producer for the track and field squad, finishing fourth at the Class 2A state track and field meet with a time of 26.71. She was a part of the Rebels 4×100 and 4×200 relay teams, which placed fourth and fifth, respectively.

Perrin also emerged as a strong setter on the Rebels’ volleyball team and as a speedy threat on the soccer field.

“Toni played so many sports and impacted our athletics across the board,” Riverside athletic director Timmy Byrd said. “You look at what she did in track and she really went out and killed it, competing in four events and performing well in all of them. There were a lot of good candidates, but Toni earned this.”

Julien, a senior, finished out his senior year with a championship in the Class 200 meter track and field event. He also helped lead Riverside to a district championship and undefeated regular season in football, scoring 15 times in the regular season and pushing the Rebels onto to the state semifinals as a wide receiver and return man.

But the basketball floor is where the Tulane signee is best known. He averaged 11.2 points, 9.2 assists, 4.5 rebounds and 3.7 steals a game as the point guard for the state champion Rebels basketball squad.

“He’s a guy who you knew early on had the potential to be special in anything he set his mind to,” Byrd said. “He’s got tremendous ability, but also the great work ethic to go along with it. Nobody plays in five state championships in a row, but Von did. To do that, to be what he was in football and track, he did it all on sheer competitiveness.”