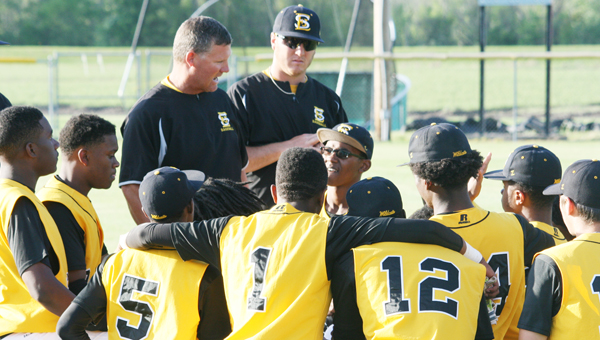 RESERVE — East St. John will have a new voice directing its baseball program next season — although not at all an unfamiliar one.

Jade Falgoust will succeed Matt White as the school’s head baseball coach after Falgoust spent the past two seasons as an assistant on White’s staff. White recently accepted the baseball head coaching position at McComb High School in Mississippi.

Despite missing the postseason, the Wildcats generated positive momentum and ESJ athletic director Alden Foster said the school wanted to keep that going.

He believes Falgoust is ready to make the jump and that the team will continue to make strides under the new coach’s guidance.

“Jade was (White’s) right hand man, and I got to see first hand how good he is with our kids,” Foster said. “He’s a hard-working young fellow and now he’s got the chance to be in charge.

“He had a lot of those head-coaching duties this season. I think (White) was training him to get him ready for the transition.”

White said the decision to make the jump to McComb was a family-driven decision. His wife accepted a job in Brookhaven (Miss.) in March of this year, and following the conclusion of East St. John’s season, he looked into coaching jobs in the area.

“My wife and kids moved up there with six weeks left in the school year,” White said. “I looked into a couple of jobs, and interviewed with McComb in mid-May. They hired me on the spot. I’m actually starting next Monday.”

White, a Riverside alumni, had a long and successful run as a coach in St. John Parish, having spent time at Riverside, West St. John and East St. John.

As head coach of the Riverside softball team, he led the Rebels to a state championship in 2002. After stepping down from coaching to spend more time with his two children, who at the time were experiencing health issues, he returned to RA in 2011 to coach the Rebels’ baseball team. In 2012, White led Riverside to a finish as Class 2A state runner-up, and in 2014, he led the Rebels to the 2A state semifinals.

He led the Wildcats to double their previous season’s win total in his first and only season with ESJ.

“We had a lot of high points this season,” White said. “When we were going well, we played a great brand of baseball … I planned on staying at East St. John for a long time. I’m a River Parishes guy. It just so happens things worked out this way, instead.”

White said Falgoust is a natural pick to lead the Wildcats program.

“That’s a no-brainer for them,” White said.

“Coach Foster and Miss (Patricia) Triche asked me if I thought Jade was ready, and I told them, ‘absolutely,’ with no hesitation. He’ll keep East St. John going in the right direction.”

Falgoust, 25, was a standout multi-sport athlete at Riverside who quarterbacked the football team in addition to helping the Rebels win a state championship on the baseball diamond in 2006. He went on to play baseball at Delgado, then coached at the school under coach Joe Schuermann.

“I’ve learned a lot from some great coaches,” Falgoust said. “I don’t plan on making many changes.

“I’ll tweak a few things here and there, but the main goal is to keep the ball rolling in the right direction, get a few more wins and build from there.”

The ESJ baseball program has struggled in recent years, but Falgoust remembers when that wasn’t the case.

“A lot of people forget this, but East St. John had a pretty darned good program,” Falgoust said. “Coach Foster has been great. He’s very supportive. We’re working on bringing all of our sports back to the forefront.”