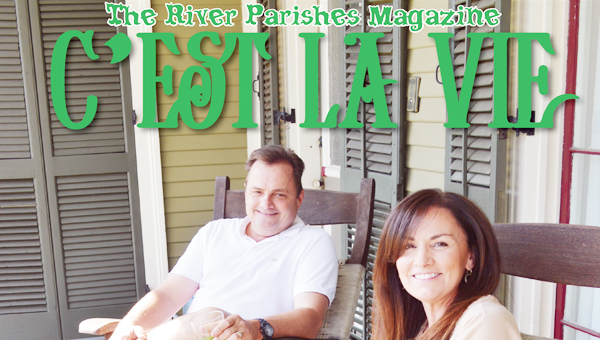 The best people-centered, River Parishes-specific community stories will be in the latest edition of C’EST LA VIE, which will be included as a special addition of next Wednesday’s L’OBSERVATEUR.

Our readers are sure to enjoy some of the best people-centered, River Parishes-specific community stories when they take a look at the latest edition of C’EST LA VIE, which will be included as a special addition of next Wednesday’s L’OBSERVATEUR.

The region’s best lifestyle magazine highlighting what makes our neck of the woods uniquely special includes features on community leaders, portrait profiles on those who made a recent Relay for Life successful and some help creating the perfect refreshment for the ongoing summer season — alcohol optional.

Personally, as a longtime reader and enthusiastic fan of sharing tales on back porches, the simple story remains one of my favorite forms of entertainment.

And let me say, we have a lot of good ones for you in the next C’EST LA VIE.

My personal thanks goes to newspaper staffer Monique Roth, who recently returned from a well-deserved (Read: we missed her greatly) maternity leave to hustle back and produce five features for the magazine.

They have been married for more than 30 years and have played instrumental parts in some of the most influential legal rulings impacting residents locally and nationally.

However, it wasn’t until Monique’s story that I learned of Danny’s penchant for raising dogs, chickens and waking up at 4 a.m. to pick eggs and feed horses. The stories behind the legal mainstays are illuminating.

Another great read is her one-on-one interview with Neil Bernard, pastor of New Wine Christian Fellowship in LaPlace.

The life-long River Parishes native lives in LaPlace with his wife Angela of 31 years, with whom he has raised four children.

Pastor Bernard shared his thoughts on what brought him to follow God’s calling, his takes on the region’s best strength and greatest challenge and why the Kids On The Move summer camp is so important to his ministry. Yet, it was Bernard’s intimate and honest answer to the question — How do you balance being a pastor and a father — that was particularly illuminating.

Special thanks goes to L’OBSERVATEUR sports editor Ryan Arena for telling the poignant story of 7-year-old Quincin Damond Williams, a LaPlace Elementary first grader who passed away May 4 after courageously battling leukemia for more than three years.

Although Quincin didn’t enjoy a long life, his impact led his former classmates and teachers to make sure the young boy’s memory is never forgotten.

Today, a garden, bench and four trees mark the school in his honor.

Quincin’s mother, Terriyaka Johnson, displayed unmistakable strength when sharing with readers what the school’s gesture meant to her.

“It makes you see how much of an inspiration he was to the other kids,” she said. “I thank God for the inspiration he’s been and for the fighter he is. I don’t want to lose a child. But to hear so much support from so many people, it’s just a blessing. It really is.”

St. Charles Parish writer Kristen Higdon profiled recent River Parishes high school graduate Katie Schloz, who has had no problem directing her life in all directions, including attending high school out of the region and college out of the state, while also finding time to visit more than a dozen countries and take part in local groups: Teens for Life, National Honors Society, Spanish National Honors Society and Junior Achievement.

Katie’s example provides a lot of hope for what the next generation has to offer our community.

St. James Parish writer Pamela Folse interviewed Vacherie resident Elry Oubre Sr. In his 70s, Elry has spent decades producing artwork of some of St. James Parish’s forgotten but most important landmarks — many of which no longer exist today.

His largest sample of art was drawn over two days using permanent black and brown markers directly on the freshly painted wall of the Good Children Society Hall, located just a mile from his house.

We invite you to check out Wednesday’s edition to secure your copy of C’EST LA VIE, and as always, we’ll have more copies at our office.