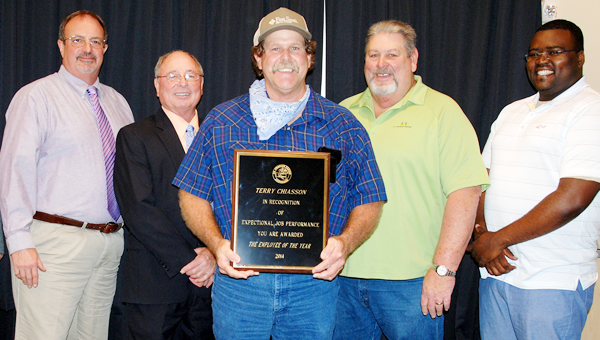 Terry Chiasson of Des Allemands, an Equipment Operator IV in the Public Works Department, was named outstanding employee of the year.

Chiasson is a 32-year employee, who has served the entirety of his career with the Public Works Department. He began in 1982 as a laborer and was quickly promoted to equipment operator.

St. Charles Parish Personnel Director Sandra Zimmer said Chiasson’s coworkers nominated him for his ability to get along well with others and willingness to go above and beyond to get a job done.

A committee made up of appointed and civil service employees from various departments chose Chiasson from a field of nominees.