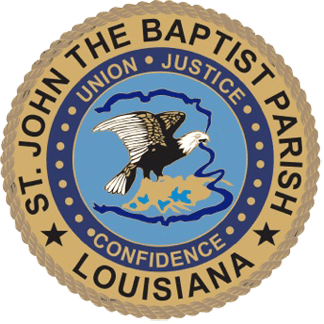 LAPLACE — A new resolution, discussions of Home Rule Charter violations and possible litigation against Parish President Natalie Robottom were sticking points Friday as the St. John the Baptist Parish Council held a special meeting in light of an announcement Robottom made this week, naming a special assistant assigned to the Utilities Department.

The Council passed a resolution Friday to enforce an immediate hiring freeze on new parish employees, “specifically to restrict the hiring of employees to newly created employment positions without Council authorization,” the resolution stated.

Since the beginning of the year, Robottom has named several special assistants — which do not require Council approval — including two to serve as acting directors.

Blake Fogleman was named as Special Assistant to the Parish President Thursday, assigned as Director of Utilities to replace Virgil Rayneri.

Earlier in the month, Robottom announced the appointment of Laverne Saulny as Special Assistant to the Parish President assigned to the Department of Economic Development. Robottom said Saulny would serve as acting director in the absence of Torri Buckles, who is on extended medical leave.

According to a St. John the Baptist Parish District Attorney opinion read Friday by Keith Green Jr., First Assistant District Attorney, the parish president did not have the authority to hire special assistants to serve as directors, and “neither the Home Rule Charter nor Code of Ordinances provides for the position of Acting Director.”

Due to the nature of the position and its impact on the health and welfare of parish residents, Robottom said the move to name Fogleman as a special assistant was made to allow for a four-week transition period between Fogleman and outgoing director Virgil Rayneri.

Fogleman’s appointment is scheduled to go into effect Monday. Rayneri is retiring at the end of February.

The Council emphatically tabled Fogleman’s hiring decision at the Jan. 13 meeting when Robottom recommended his appointment to take over as director of utilities.

At Tuesday’s meeting, the appointment again appeared on the agenda but failed to garner a Council member’s motion to take it off the table for discussion.

“I do not think the most educated, experienced and qualified person was selected,” Madere said Friday of the utilities position. “We have to make sure this time, whoever is leading us in this department, is leading us in the right way.”

Snyder agreed, adding that three years ago, as less-experienced Council members, the Council appointed Rayneri as director “not knowing anything but we trusted the parish president to make some good decisions.”

“Wrong is wrong and right is right,” Perrilloux said. “It’s time things change. We can’t just do what we want to do. We have to follow rules.”

“For the last 30 years this Charter has served this parish well,” he said, later adding “this is a parish Charter and not a Natalie Charter.”

Snyder added, “if we start circumventing the law we’re asking for trouble.”

As Council Chairman, Wright said he felt it was his responsibility to call the special meeting to address the apparent Charter violations.

“Any attempt to circumvent law will not be tolerated, and the Council will take further action is necessary,” Wright said at the meeting’s adjournment, adding next the Council will “let everyone digest” the adopted resolution and District Attorney’s opinion.

“The opinion was clear on the parish president’s ability and authority,” Wright said, adding if Robottom chooses to ignore the opinion, the “Council could consider litigation.”

According the officials, Robottom could veto the resolution, but with a two-thirds vote of the total Council, it could be reinstated.