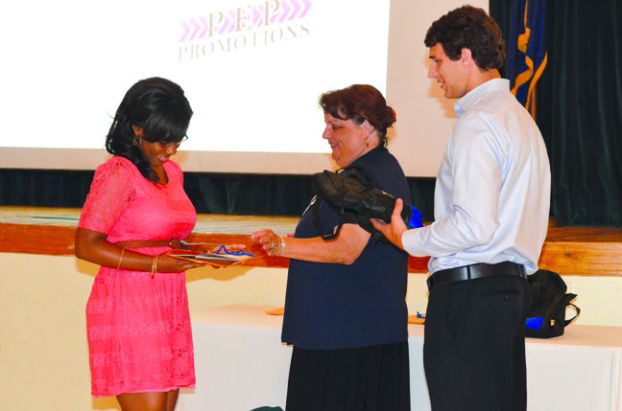 LAPLACE – The students of the Young Entrepreneurs Academy took a another step toward their promising futures as independent business owners on Thursday evening.

The River Region Chamber of Commerce held a graduation ceremony for the students of the academy and their families at John L. Ory Magnet School, where they received recognition for their participation in the program, along with a complimentary membership to the Chamber of Commerce. The students began the process of becoming business owners just nine months ago. The program is the first of its kind in the state.

The 10 students, representing grades six through 12, presented their business pitches before a panel of potential investors from DOW, First American Bank, Louisiana Federal Credit Union, Echo Ventures, Entergy and Valero in April. The young business owners were overwhelmingly successful — as a group, they secured a total of $3,900 toward their ventures.

Eighty percent of the students were awarded the total amount of funding they requested in their pitch.

Breanna Bailey, 14, already has four clients for her tutoring program, Studious Learning. Bailey said she was happy to see the outcome of the program since it was a lot of hard work. The teenager plans to expand her company.

“I actually do have some business since everything’s been going on. I’m tutoring about three or four children in math and reading,” said Bailey. “I plan on keeping my business and trying to expand. Maybe later on I can hire other tutors to help me.”

Jordan Brown, 18, the CEO of Press Play Productions, which focuses on video productions, said he would likely close his business to focus on college. Despite this, Brown feels that his experience with YEA was fruitful and plans to use his time in the program as a learning experience.

“I feel good. It’s sort of shocking that it’s over because we put all this time and effort into it and to see that outcome is a really overwhelming good feeling,” said Brown.

Jarron Williams, 17, said his young company, Blitztech, an Internet-focused enterprise, has been doing well since the big pitch. He revealed he already has four clients.

“I feel like we accomplished a lot this year. The program gave back so much to the students,” he said. “I plan on furthering my business and doing more. I feel like this is a child of mine, and I need to nurture it. It’s just, to accomplish something this big, I don’t want to put it to sleep at all.”

The Young Entrepreneurs Academy will be holding a trade show on Saturday, June 22, from 10 a.m. till noon in front of Walmart in LaPlace. The students will exhibit their products and services and be on hand to answer any questions. For more information, contact Penny Freeman at 985-359-9777.