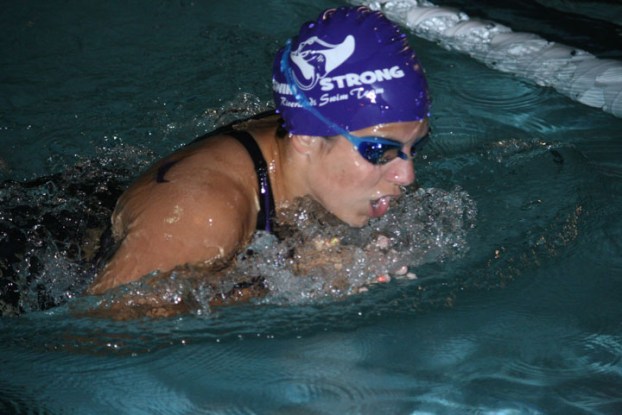 LAPLACE – It was a charged up start to the River Parish Swim League season for rivals Riverlands and Piranha Swim Team, as the two longtime rivals met on the season’s first night Monday. Both sides walked away with reasons to feel optimistic.

Riverlands captured the victory comfortably by a score of 348-184, a victory that the Stingrays hope will jumpstart another successful season, after finishing as league runner-up a year ago.

“It’s a good start to the year,” said Riverlands coach Lindsey Vicknair. “I’m very pleased at our technique. We didn’t have any disqualifications … You can be the fastest and the strongest and it won’t mean a thing if you’re making a technical mistakes, so I was really pleased with our form to kick off the season.”

Meanwhile, the Piranhas – known as the Belle Terre swim team before a preseason name change – began a rebuilding season with a much-improved result from a year ago. PST trailed by just 10 after the freestyle event; a season ago, the Piranhas trailed by 62.5 points after freestyle.

“At that point, we could see that we’ve made some really great strides,” said Belle Terre coach Blaine Tatje. “We were within 100 entering the relays, which was a big improvement from last year.

“It’s a major rebuilding season for us and we know that. Coach Hailey (Montz), Coach Kelsey (Tatje) and I have been really pumping the kids up for the last year and everyone came into this meet really excited.”

Vicknair said that she thought the first meet of the season made for a good time by all, particularly given the friendships by many of the swimmers on each side of the rivalry.

“So many of them know one another. It always makes for a really fun meet for our swimmers,” said Vicknair.

Tatje echoed those thoughts, and said he felt the Piranhas are on the right track.

PST changed its name from Belle Terre in part, he said, to create for something of a fresh start for a team that’s struggled over recent seasons.

“We determined that we weren’t headed in the right direction. We brightened up the colors, got some new suits and gave our team a chance to get rejuvenated.”

The efforts seem to be working. Tatje said that the Piranhas have jumped from having just two year-round swimmers a year ago to 12 for this season.

“In our league, that’s huge,” said Tatje. “Everyone’s fired up right now, and we like the progress so far.”

By RYAN ARENA L’Observateur LAPLACE – A field of 13 prep football teams are testing their passing skills against one... read more