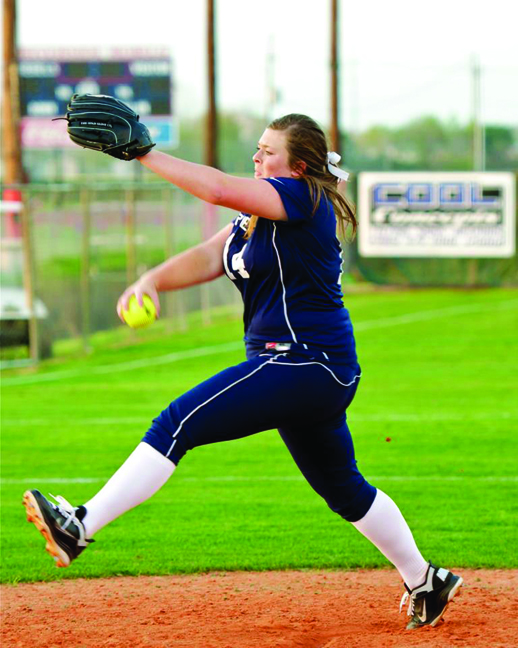 RESERVE – The River Parishes have had a strong track record at the state softball tournament in recent years, with a state champion returning from Sulphur, crown in hand, in three of the last four seasons.

Three local teams will take their own crack at it this season as Riverside, St. Charles Catholic and Hahnville all attempt to bring back the prize, the latter a reigning champion attempting to defend its Class 5A crown.

No. 7 seed St. Charles will face No. 2 seeded Brusly at noon Friday in the Class 3A quarterfinals, while Class 5A No. 3 seed Hahnville will also start at noon against No. 22 East Ascension. No. 4 seeded Riverside will face No. 12 Iota in Class 2A at 4p.m.

Riverside boasts one of the more unique teams in the field, a squad that boasts no seniors but that is loaded with experience – much of the team’s junior-laden lineup has garnered significant playing time since the eighth grade, and the Rebels have been to Sulphur in each of the last two seasons.

Last season the Rebels entered as the top seed in Class 2A, bowing out to eventual state champion Evangel in the state semifinals, 7-5.

Riverside (23-8) won’t enter with the target of being No. 1 this year, but Rebel players said that they feel no more or less pressure as the fourth seed, while being fully aware that when it comes to Sulphur, it can be anyone’s game.

“Number four won it all last year,” said Rebels’ catcher Katie Bailey, referring to Evangel. “Really, no matter where you are in the seedings, you have to go out and win. You’ve got to beat everybody that’s in front of you.”

One thing Hebert has been proud of this season has been the ability of her team to shake off deficits and rally, something she attributes to her team growing up.

That growth may have come in large part to last year’s semifinal loss, when Evangel jumped on Riverside 4-0 in the first inning of play en route to the win.

A similar scenario unfolded last week in RA’s regional round game against DeQuincy, but a 3-0 Tigers lead evaporated quickly as the Rebels scored seven unanswered runs to take a 7-3 victory.

“(Against Evangel) I think everyone got down on ourselves after the big inning,” said shortstop Toni Hebert. “We’re a year older and more mature. And everyone wants this badly. We’re all working hard for it.”

Said coach Hebert, “This isn’t a team of seniors, but it’s a seasoned team that’s felt defeat enough to be tired of feeling it. When DeQuincy jumped up, our players didn’t panic or freak out. They just decided that this team wasn’t going to stand in their way.”

“We’ve been keeping the right mindframe.  The teams we’re playing now are the ones that are standing between us and where we want to be,,” she said.

Iota (20-6) has won six of seven, including a 1-0 upset of district 9-1A rival Mamou, which had defeated Iota 4-3 and 2-0 in a pair of regular season games.  The Bulldogs have allowed just four runs in their past seven games.

“We’ve been doing a lot more live hitting on the field (in practice), and that’s helped us a lot,” said second baseman Megan Stein. “We’re so ready to win … we know after last year that we can’t take anything for granted.”

The District 7-3A championship was not settled when the regular season concluded, as both St. Charles and Brusly finished with one district loss, splitting a pair of games between them. The teams elected not to play a district tiebreaker, knowing a potential playoff matchup could come down the road.

We’ve arrived down that road, as the teams are set to square off in the quarterfinals, the winner to advance to the season’s final day while earning some unofficial district bragging rights.

The Comets defeated Brusly 11-6 on March 13, the 11 Comet runs almost matching the 13 total runs Brusly has allowed in the 16 games since — all Panther wins, as the Comets were the last to fell Brusly.

That 16-game win streak includes a 2-1 victory over St. Charles in the rematch, a game in which the potential tying run was thrown out at the plate for SCC in the seventh inning.

“The first time we played really well, but the second time we didn’t hit effectively,” said SCC catcher Raven Becnel. “This is the second straight year we’ve played a team for the third time in the quarterfinals, and this time we want to really show what we can do in Sulphur.”

Last season the Comets faced John Curtis in the Class 2A quarterfinals and fell; the teams had split during the regular season in district competition.

While Brusly (28-4) enters the postseason on fire, St. Charles also come in hot. The Comets have not lost in April, winners of six straight, and have allowed a total of three runs over those six wins.

That includes five shutouts for pitcher Chelsea Loupe and the SCC defense.

“We’ve had very solid defensive play (over the win streak), and if we hit well, we like our chances,” said Loupe. “We still struggle from time to time, but it’ll come.”

St. Charles (23-5) began the season on an offensive rampage, scoring 10 runs or more in 10 of its first 13 games. But SCC fell into a midseason slump, scoring three runs or less in seven of its next nine.

“It’s like if one kidney isn’t keeping up, the other has to overcompensate,” said SCC coach Ty Monica. “We’ve had to pick up our defense and pitching while we haven’t hit as well.

“But we’ve had some good at bats recently. I won’t say we’ve broken out, but we’ve been hitting some balls right on the button, two or three in the last game against E.D. White, that just went right to people. Cases like that you’re doing the right thing, with no reward. But I can recognize that. They’re working their rear ends off to right the ship.”

Monica said that he thinks of the eight teams left in Class 3A, any can walk away a champion this weekend.

“3A is wide open in my mind,” he said. “I think in other classifications, you can probably narrow it down to two, three or four teams. But I think all eight of these teams in 3A can compete in any class.”

Hahnville did not compete in the same district as Dutchtown and East Ascension this season, the teams separated by redistricting.

But those games would happen anyway, Hahnville defeating Dutchtown 6-2 in the regional round and advancing to face East Ascension for a chance to play in the state semifinals.

The Tigers bring back an experienced crew from its 2011 state champion. Hahnville has played in the last two 5A state championship games, finishing as runner-up in 2010. Behind standout pitcher Hannah Haydel, Hahnville has allowed three runs or more in just three games this season.

East Ascension (16-15) upset Dominican in the second round, 5-3, to advance. EA finished the regular season 3-8, but gained experience against a brutal slate of opponents over that span, the Spartans, seven of those foes with 21 wins or more and an eighth with 18.