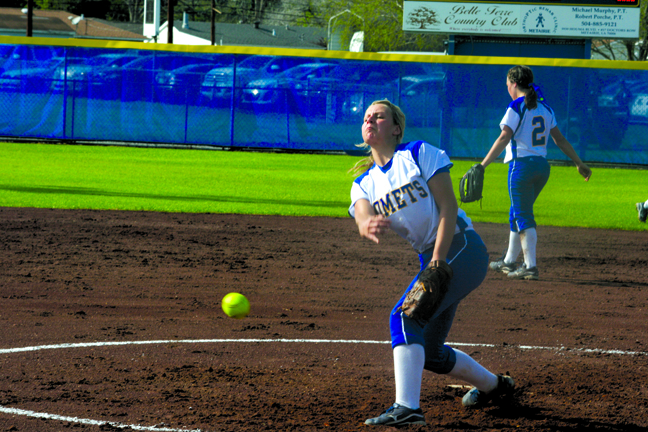 LAPLACE — St. Charles is one win away from advancing to Sulphur after pushing past bi-district round foe West Feliciana, 6-0.

The Comets will travel to face district rival E.D. White next round. SCC beat the Cardinal twice, each time by a single run.

Chelsea Loupe pitched a three-hitter to earn the win, striking out six.

West Feliciana finished with a record of 7-13.

The Comets (22-5) collected 10 hits on the day and scored a run in the first, three more in the third and two in the sixth.

St. Charles coach Ty Monica was pleased with Loupe’s pitching and the Comets’ defensive play — SCC committed one error but was otherwise flawless. But hitting with runners in scoring position was an issue, as the Comets left 14 runners on base.

“We had the bases loaded three times and didn’t score. Second and third twice, didn’t score,” said Monica. “We could have done a better job and put things away earlier. But give West Feliciana credit, they made the plays when they had to.

“We had some good at bats. But sometimes our approach was off from what I was expecting. With runners on base, you have to put it in play and give yourself a chance.”

Monica said Monday that he hoped to see the Sumner/E.D. White game.

He said his Comets would have to be read for either.

“They’re similar from everything I’ve heard,” he said. “You could even see by most of the scores in the first round, the best 32 teams are here. You aren’t seeing easy games. Everyone is good. And when you add in the pressure of a chance to go play your next game in Sulphur … You just hope you’ve hit your stride by this point.”