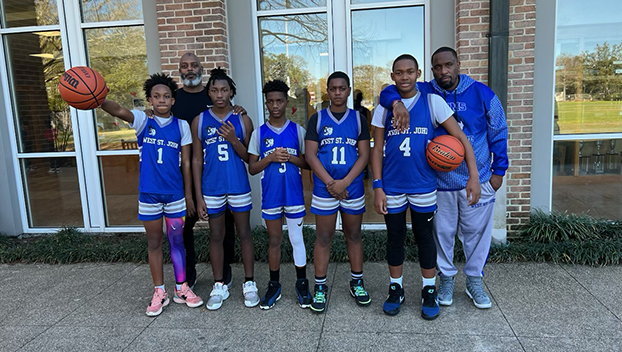 Going into the game, Coach Courtney Evans knew Brother Martin would move the ball on the offensive end and play great defense. The first half of the game we started off slow, and Brother Martin capitalized on the Rams’ shortcomings on the court. The entire game was close, but turnovers and missed free throws cost West St. John in the end. The final score was West St. John 37, Brother Martin 46.

In the second half, Willow’s depth started to take a toll. Their coach began to sub in fresh bodies, which allowed them to slowly to push the lead into double digits.

“The one thing I informed my team about what we can learn from this game is to continue to hydrate your bodies and continue to work on conditioning,” Evans said. “We have played a lot of games this year, and our bodies need to continue to be ready. Deavonnii Bartholomew finished with eight points, Colby Evans had nine points, J’Kyrin Morris had seven points, Jerome Jackson Jr. had three points, and Jajuan Jackson had 17 points. The final score was West St. John 37, Willow 54.

Sunday, January 15 was bracket play, where a win would qualify the Rams to be able to play for the third place championship game. At the beginning of the game, Colby Evans hit two big three-point shots. Jajuan Jackson as well started to impose his will on the inside, scoring six first half points. West St. John’s defense pressured Country Day guards, which forced them into many turnovers.

“Our team showed that we wanted to get the third place championship game,” Evans said.

West St. John went on to win the Third Place Championship Game with 35 points, while Willow ended the game with 34.

All the successful teams I’ve ever seen have three characteristics: They play unselfish, they play together, and they play hard -Larry Brown