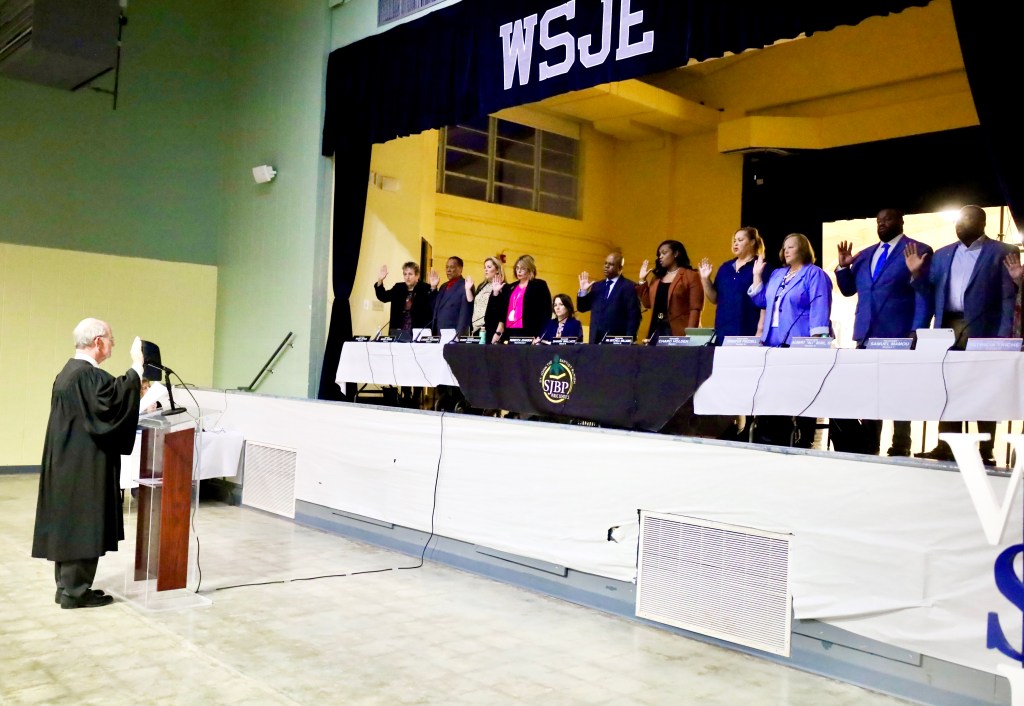 EDGARD — The newly elected St. John the Baptist Parish School Board was installed during a meeting last Thursday at West St. John Elementary in Edgard. In one of the new School Board’s first matters of business, contracts were awarded to four separate architectural design firms for upcoming capital projects included in the $58 million bond issue approved by voters in April 2022.

A selection committee including School Board members Ali Burl and Charo Holden narrowed the field down from 12 potential firms and recommended Lachin Architects, NY Associates, Sizeler Thompson Brown Architects and Yeates Mancil Architects based on scoring criteria of the request for proposals. The selection process involved a Land and Facilities Committee meeting with a three-hour interview in which firms were given 25 minutes each for a presentation and Q&A.

Four firms were selected due to the large number of projects included in the bond issue. Community forums were held at each school site last year to generate the following list of projects:

Cindy Janecke with All South Consulting Engineers announced that Hurricane Ida disaster recovery efforts are 80% to 85% complete. The bulk of projects will be covered by insurance, and costs incurred will also be sent to FEMA. As of now, there is not a clear picture of what the School District will be responsible for paying.

Work at John L. Ory is wrapping up this week. Roof repairs at Emily C. Watkins should reach completion by the end of the month, and final HVAC repairs at the site will be completed in the summer to prepare for an August 2023 campus reopening. Meanwhile, the roof at the Leon Godchaux campus is expected to be complete in mid-March.

The School District has decided to not repair the damaged, unused annex building at West St. John Elementary. The annex building will be demolished to create additional outdoor space for children.

At East St. John, supply chain issues have delayed the delivery of a ticket booth for Joe Keller Stadium. East St. John’s roof repairs are moving along and will be complete in mid-February.

Board members also awarded a contract to BSN Sports for the purchase of football helmets at East St. John High School. Purchasing director Janice Gauthier said there were two responses to the bid; however, one bidder was deemed non-responsive, leaving BSN as the sole bidder in the amount of $44,069. BSN then offered the School Board a discount, reducing the cost to $41,069.

During the meeting in Edgard, Shawn Wallace was selected as the new School Board president. Jennifer Frizzell attained the majority vote for vice president on the fifth round of voting after several rounds ended with the vote split evenly between her and Nia Mitchell-Williams.

In other School Board news, notice was given that the School Board plans to consider adopting a resolution ordering a special election to be held for the renewal of an ad valorem tax. The meeting will take place at 6 p.m. Thursday, February 16 at 6 p.m. in the Godchaux Grammar cafeteria on Highway 44 in Reserve.