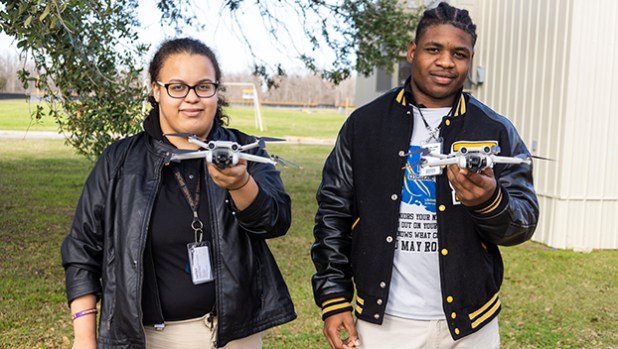 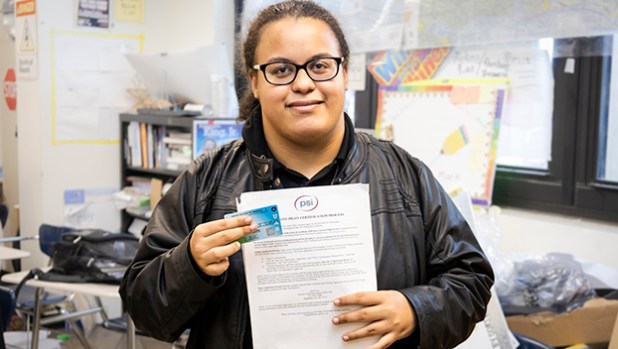 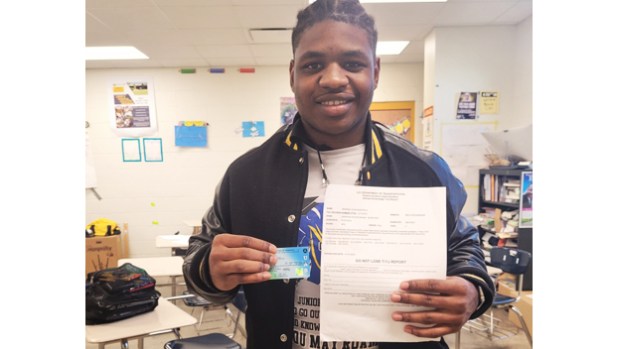 George Martin III was recently certified to operate drones, putting him one step closer to starting a career in aviation. 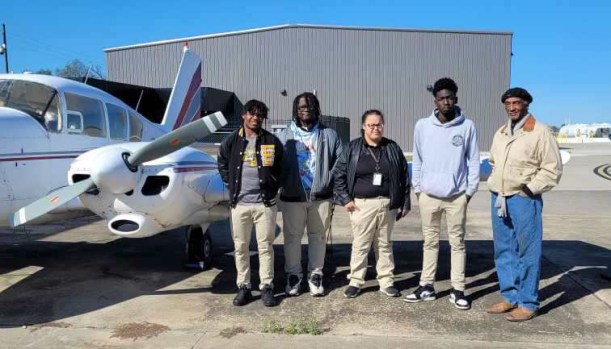 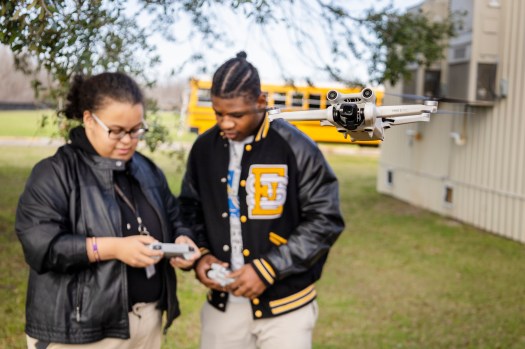 RESERVE — Rosseleen Justo and George Louis Martin III recently became among the first students at East St. John High School to earn the small unmanned aircraft general certification from the Federal Aviation Administration, opening up a world of career possibilities linked to the operation of drones.

Over the course of the fall semester, Justo and Martin transitioned from operating toy drones to professional grade drones with multimedia capabilities, valued at nearly $1,000 a piece funded by Cornerstone. In addition to hands-on piloting experiences, the students also learned the ins and outs of aviation.

“We have to learn everything that manned aircraft pilots learn because we are flying in their airspace,” Justo said. “When you first see the big ‘ol plane charts, it’s really daunting. Afterwards, you really feel like a professional when you know how to read it. We know all of the symbols on the maps, which ones are military routes, where you can fly and where you’re not supposed to fly.”

Justo is the first female student at East St. John to earn the unmanned aircraft certification. Justo is also proud to be the first queer and Latina student to become certified at the school.

Currently a junior, Justo is working toward getting all of the industrial classes and certifications under her belt with plans to establish a career in the engineering/petrochemical industry.

“I like learning new things. Initially, I took Ms. Beverly Reed’s NCCR core class that prepares students with safety guidelines for working at an engineering facility. I already really liked Ms. Reed, and I could really see she was passionate about the drones by the light in her eyes and how giddy she would get about it. I wanted to make her proud,” Justo said. “She taught us that there’s so much more that droning can get you into. We talked about how we can use our drones if we work at a plant or if we want to be an engineer. It’s safer to send out a drone that to send out people in certain situations. You can also do photography with drones or videography with drones, editing, all of those different fields. When the hurricane hit, people get paid a lot to fly drones around houses.”

As with any other certification, Justo said it’s important to understand that laws and regulations are in place for a reason.

“If you don’t know what you’re doing, people are going to get hurt,” she said.

Martin was drawn to the drone course from a longstanding interest in engineering and aviation. After the course was introduced to him last year, he knew he wanted to add it to his schedule.

“My friends were joking around saying I wouldn’t be able to become a pilot, so it was more of a challenging moment for me. I was determined to do it,” Martin said.
Martin has always been a self-motivated student, evidenced by the sheer number of activities he is involved in at East St. John. He’s a member of the school’s football and track teams, as well as the service-oriented Interact Club and Beta Club. Academically, he is in the top 10 percent of the Class of 2023 and recently completed the fall semester with a 4.25 GPA. Outside of school, he participates in a mentoring program with Pastor Damon Mason.

While Martin has plenty of role models, his father, George Martin Jr., has been the Superman in his life who encourages him to never doubt himself and to always strive for success.

After graduation, Martin is leaning toward attending the University of Arizona on a scholarship, and he said the unmanned aircraft certification will prepare him for his future endeavors.

“The class was mostly natural to me because I already had experience with engineering, but the first time we reviewed the material, it looked like a foreign language,” Martin said. “It’s amazing to see how much of it you are able to understand just be studying 30 minutes out of the day. As a future engineer, I think piloting with drones will help a lot especially when I go into the aviation field. I want to work at the airport and get a job there that I can call a career. I think it’s going to help a lot as far as trying to get my name out there. On top of that, you also get introduced to other fields as well such as everything that goes on with aviation. It opens our eyes up to the world to see all of the possibilities of how you can be great and make an impact on the world.”

Martin also recently had the opportunity to step into an aircraft with local aviator Paul Green, founder of the nonprofit organization Guys Achieving Goals, which hosts the annual Aviation Awareness Day.

“George wants to be a pilot like my son, Tristan. I had a chance to give a tour to him Monday and found out he’s well engaged with aviation, and I strongly see him furthering his career,” Green said. “It’s awesome to know these two students have taken the step to get their 107 certificates. Drone piloting goes hand-in-hand with actually piloting an aircraft. These kids are really well on their way to becoming pilots if they choose to go that route.”