Robert (Bob) Lucien Vicknair, Sr. 85, born and raised in Reserve, Louisiana. He passed away peacefully at his home in Grand Point, Louisiana 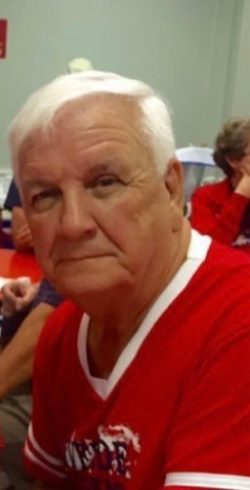 He was an avid supporter of Riverside Academy. In his spare time, Bob could be found cheering on the LSU Tigers and Riverside Rebels. He was a proud member of the “Rusty Rebels”. Bob enjoyed spending time with his family, hunting and fishing with his brothers and son and working in his yard.

Relatives and friends are invited to attend the Visitation and Funeral Mass at St. Joseph Catholic Church, 2130 Rectory St., Paulina, LA on Monday, January 16th, 2023. Visitation at the church from 9:00 a.m. to 11:00 a.m. followed by a Funeral Mass at 11:00 a.m. In lieu of flowers, the family requests donations be made in memory of Bob Vicknair to Riverside Academy 332 Railroad Ave, Reserve, LA. Arrangements by Rose Lynn Funeral Home