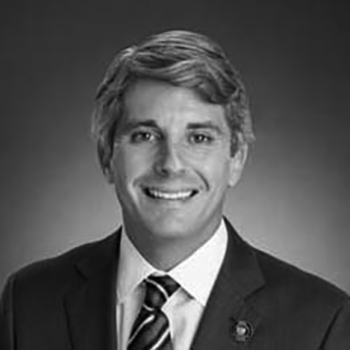 In 2014, the Louisiana State Legislature passed House Bill 1065, authorizing optometrists to perform eye surgery despite the fact that they are neither medical doctors nor trained surgeons. I opposed that bill then and still oppose the policy.

Now, eight years later, the U.S. Department of Veterans Affairs (VA) is taking steps in the same direction, which could put the health and safety of our nation’s heroes at risk. Optometrists are licensed to practice optometry, which involves services like primary vision care, including eye exams and fittings for glasses and contacts, as well as diagnosing and monitoring certain eye conditions. While optometrists play an extremely important role in eye care delivery, they are not qualified to perform eye surgery, including laser surgical procedures. Optometry’s education model doesn’t require students to attend any surgical residency, and any optional surgical courses available to optometrists don’t involve extensive training or procedures on live patients.

Ophthalmologists, on the other hand, are licensed to practice medicine and surgery, qualifying them to provide all aspects of eye care. They complete nearly a decade of training and education, including medical school and years of clinical and surgical residency. Ophthalmologists’ advanced training provides them with the surgical judgment required to be an eye surgeon and properly care for surgical patients. It is no wonder the VA’s long-standing policy allows only ophthalmologists – not optometrists – to perform eye surgery on our nations veterans.

Unfortunately, as part of a multi-year initiative to establish national standards for health professionals serving veterans, the Biden VA is signaling that it may change its policy to allow optometrists to perform eye surgery on veterans. This is unacceptable. Since its inception, the VA’s mission has been to fulfill President Lincoln’s promise “to care for him who shall have borne the battle, and for his widow, and his orphan” by serving and honoring the men and women who are America’s veterans. To properly serve and honor our veterans, we must provide them with the highest level of care possible. In the case of eye surgery, that means allowing only qualified and trained ophthalmologists to perform them.

I’ve heard arguments trying to justify expanding optometrists’scope of practice to include eye surgery, including that it would improve access to care. While being lobbied in 2014 by an aggressive and well-funded optometry lobby, my colleagues and I were told that allowing optometrists to perform eye surgery would result in a massive wave of increased access for patients requiring many different surgeries. However, medical researchers have concluded just the opposite, finding that the expansion of laser surgery privileges to optometrists in states such as Louisiana has not at all resulted in a statistically significant increase in access.

Those same “access” arguments are now being used to lobby the Biden VA, but there is no evidence to support those claims, including in the VA health system. This is not an access issue; it’s a patient safety issue. And while the 2014 bill enacted in Louisiana did not produce the access increases as promised, there have been heart-wrenching instances where patients in our state were seriously harmed and visually impaired by optometrists performing laser surgery as a result of that legislation.

Fortunately for Louisiana’s veterans, optometrists are still not allowed to perform laser surgery at VA facilities in the state – for now. Granting optometrists surgical privileges on the eyes of our nation’s veterans would be sacrificing quality and safety for the sake of removing unproven “access barriers.” Our veterans deserve the highest quality of care we have to offer. They’ve earned it.

I am responsible for advocating for my constituents, many of whom are current military personnel and veterans. I urge the VA to maintain its long-standing policy allowing only ophthalmologists to perform eye surgery – and I encourage Louisiana’s congressional delegation to do the same, especiallySenator Bill Cassidy, who as a physician himself, serves on the Veterans’ Affairs Committee and has both medical expertise and congressional oversight over these matters.

Cameron Henry is a member of the Louisiana State Senate representing District 9.