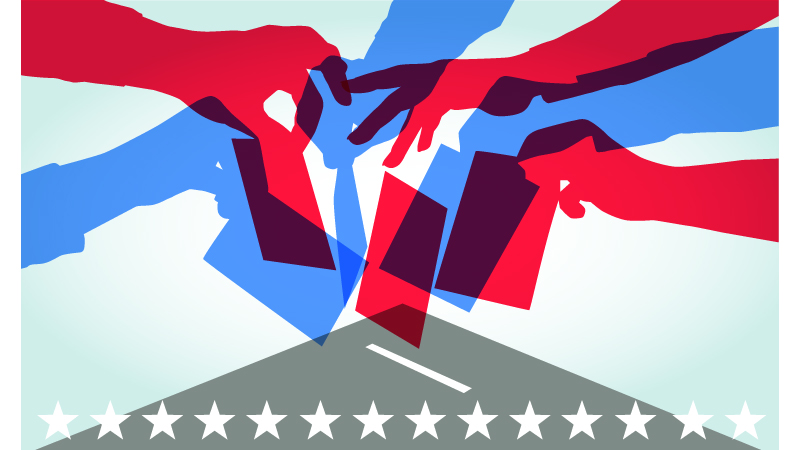 The 2023 Louisiana governor’s race is beginning to seize the headlines now that Republican U.S. Sen. John Kennedy said he is staying in the Senate. Some analysts say state Attorney General Jeff Landry, the first major candidate to announce, is now the frontrunner.

Landry did get the Louisiana Republican Party’s endorsement, but that may have hurt him because of the secret way he was chosen. GOP state Treasurer John Schroder complained about it and now he is also a candidate.

Republican Lt. Gov. Billy Nungesser had some unkind words to say about Landry when he was considering the race, but he has decided to seek re-election instead. However, Nungesser earlier said,  “I have to run. Jeff is not a good person.”

Like many others, Faucheux said Republican U.S. Rep. Garret Graves of Baton Rouge, would be a formidable candidate. “Depending on what the rest of the field looks like, he could be a major contender from day one.”

John Couvillon, a Baton Rouge pollster, told The Advocate that Kennedy dropping out opens a path for someone like Graves being a candidate. The newspaper said Graves could throw a new wrinkle into the race, having “made a name for himself on flooding and traffic issues.”

Schroder could also become a major contender. He said in a letter to supporters, “God willing, I will be your next governor. The campaign is not going to be an easy one. We expect a crowded field and know we will have to buck the entrenched political establishment to win but it’s a fight worth having for the future of Louisiana.”

That “entrenched political establishment” he is talking about is apparently the state Republican Party that jumped the gun in endorsing Landry. Judging from news reports, that endorsement was aimed at helping the state GOP raise some funds from far-right contributors and it has done exactly that.

Other Republicans thinking about running are state Sen. Sharon Hewitt of Slidell and Rep. Richard Nelson of Mandeville.

“Finding the alternate best candidate for a potential Jeff Landry (challenge) is important to me,” Marullo said.

Joshua Stockley, a political science professor at the University of Louisiana at Monroe, said the Democrats only real chance of winning is to coalesce behind one contender. Like others, he said Kennedy stepping aside “guarantees a more crowded pool of candidates and a highly contentious campaign.”

Trey Ourso, who ran the Gumbo PAC in 2015 and 2019 that was so successful in promoting Gov. John Bel Edwards, has predicted that an “anybody but Landry” movement is also brewing. The PAC tweeted a mockup of an “ABL” bumper sticker in response to a Landry campaign video.

“I expect there’s going to be an appetite for an anti-Landry campaign,” Ourso told The Advocate. “I don’t know exactly where that’s gonna fall.”

Pollster Bernie Pinsonat said a Kennedy gubernatorial bid could have avoided the type of GOP “bloodletting” that helped Edwards win in 2015 and the 2023 race is now more unpredictable.

“That is the danger for Republicans,” Pinsonat said. “Will they go back to chaos or have some kind of orderly process.”

There was chaos in 2015 with Republicans fighting one another. Nine candidates ran for governor in 2015 when Edwards was elected. He got 40% of the vote in the primary and two other Democrats got 1% each. Republican David Vitter made the runoff with 23 percent and Republicans Scott Angelle got 19% and Jay Dardenne got 15%. The other three candidates got 1% or less.

Landry is focusing his campaign on attacking libraries, what’s being taught in schools and other social issues that are pushed by members of the far-right GOP. What we need to hear from the candidates instead is how they are going to fix our roads and bridges, improve our educational system and keep people in Louisiana safe, healthy, and working.