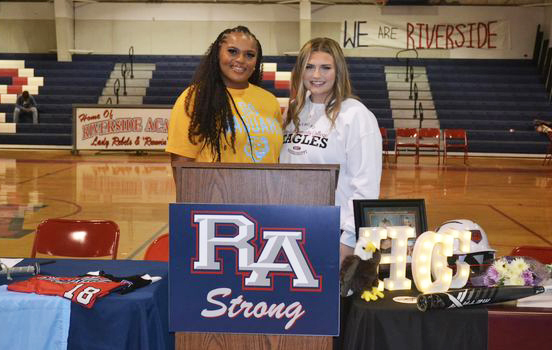 Felton, a senior pitcher/first baseman, signed to play for Southern University in Baton Rouge. Felton has been a member of the team since seventh grade and is a three-time All-District player. She hit .500 as a junior with 12 doubles, three triples, and 64 RBLs. Last season Felton hit 15 of the 53 home runs the team had last season.

Vicknair, also a pitcher, signed to play for Hinds Community College in Raymond, Mississippi. Vicknair has been a member of the team since seventh grade. She missed the 2021-2022 season due to a shoulder injury but will return to the lineup later in the spring.