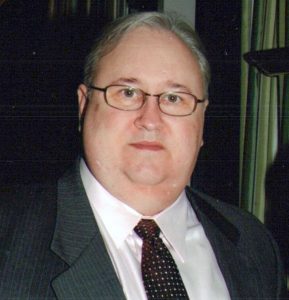 1955, and lived in St. Charles Parish for over 50 years before moving to Alexandria, VA.  “Andy” was a proud alumnus of Hahnville High and played as a drummer in a local jazz band.  He also attended Nichols State University studying to be a paralegal, but his passion was in photography.

During his career he owned a photography studio in Luling, worked as a stringer for UPI, a reporter for the Times Picayune and a reporter for several local newspapers.  He received a prestigious award from the Louisiana Press Association for his photojournalism. Mr. Duet arrived on the scene and took photos of a plane crash minutes after it occurred upon takeoff at Louis Armstrong International Airport in New Orleans.

Mr. Duet was predeceased by his parents Andrew S. Duet, Sr. and Margaret T. Duet as well as his half-brother Robert E. Worthington.