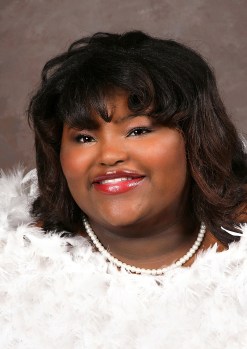 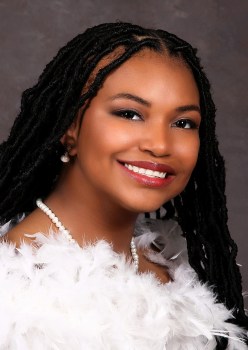 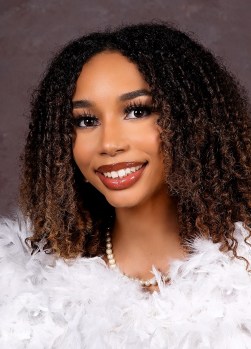 LAPLACE — Three young ladies hailing from the River Parishes are among the nine debutantes who will be featured in the Original Illinois Club’s annual Carnival Ball on Saturday, February 11, 2023 at the Xavier University Center Ballroom.

Torie Joseph of LaPlace recently hosted a debutante party on Friday, December 30 at the Royal Palms Event Hall in Harvey. A party will be held in honor of Akasha Williams at Nola Event Hall in Marrero starting at 7 p.m. Friday, January 6. At 7 p.m. on Saturday, January 7, A’Keya Davis will be honored with a party at 321 Events Grand Venue in LaPlace.

A’Keya is entering her last semester of high school at Lutcher while concurrently earning college credit through courses at River Parishes Community College, Louisiana State University and Nicholls State University. Her goal is to have 48 hours of college credit by the time she receives her high school diploma. She is actively involved at Lutcher High School as a member of the Power Lifting team, 4-H (school and parish-wide), theater (school and parish-wide), Beta Club, Student Council, Art Club and other activities. She was recently named an Academic Champion in Education for the third year and was invited to participate in the National Youth Leadership Forum in Medicine. She has been nominated for Student of the Year three times.

While A’keya academic success has led her to be accepted to numerous colleges, she is strongly considering attending an HBCU such as Dillard University or Xavier University. She plans to major in pre-medicine and attend medical school after obtaining her undergraduate degree with a goal to become an anesthesiologist.

Torie Ann Joseph, the daughter of Cherie Renee’ Roussell and Todd Francis Joseph, is being sponsored as a Deb by Original Illinois Club member Dr. Reece Newsome of LaPlace. She is the granddaughter of Ann Roussell and the late Bruce Alan Roussell and Donald and Anne Joseph.

Torie resides in LaPlace, where she attends St. Charles Catholic High School and participates in the Stagehands Drama Club, Student Council, National Honor Society, Multimedia Team, Fellowship of Christian Athletes, Retreat Team, Swim Team, Cross Country, Track and Field, and Music Ministry. She has held officer positions in various organizations and has achieved high distinction in her college entrance exam. On the ACT, Torie was one of a select number of students across the country to achieve a perfect 36 on the reading portion.

After high school, Torie plans to attend an HBCU and major in psychology with the intention of becoming a cognitive behavioral psychologist with a focus in research.

Torie’s hobbies include signing, digital art, painting, sketching, fashion, cooking and socializing. She has used her skills as a makeup artist to gain a following of clients for homecoming, prom, weddings and other special events.

Akasha Zaire Williams, daughter of Darryl Williams and Lanuke Cross Williams, is sponsored as a Deb for the 2022-23 Carnival season by Original Illinois Club member Anthony Maheia of Lutcher. She is the granddaughter of the late Wilfred and Floria Cross, in addition to Sherry Ragas Sylve and the late Harold Lafrance. She is sponsored as a Deb by Original Illinois Club member Anthony F. Maheia.

Akasha has been involved in the community since she became a cheerleader for a recreational football team called The Heat at only 4 years old. She later joined the Excel Star/Young Stars Dance Team, through which she marched in many Carnival parades.

Akasha is a senior at the St. John STEM Magnet Program in Reserve, where she has been enrolled in honors classes since the ninth grade. She served as a senior ambassador and has completed college classes relating to pharmacy and medical terminology through dual enrollment at Xavier University. She currently serves as a lieutenant for East St. John’s varsity cheerleading team. Akasha has also held membership in the National English Honors Society and has had multiple poems published in the Young Poets Collection. She has been certified as a Geographic Information System Assistant, which qualifies her to manage GPS data and geographic databases within the Demographic and Health Surveys Program.

Outside of school, Akasha serves as a member of the Youth and Young Adult Choir at St. Michael’s Baptist Church. She also performs as a praise dancer at local churches and serves as a member of “Divas & Dudes in Training,” a social club for young adults who enjoy giving back to the community. She recently participated in a service project that involved supplying feminine hygiene products to her school. Other examples of her community service have included but are not limited to feeding the homeless, participating in community and back to school giveaways, and collecting supplies for donation drives.

With a passion for animals, Akasha hopes to become an exotic veterinarian. She has been accepted into the University of Louisiana at Lafayette and has also expressed interest in Xavier, Tulane and Centenary College.

The Original Illinois Club, one of the oldest Carnival organizations active in the state, was founded in 1895 by Wiley Knight. The club was organized to establish friendly relationships among members and provide social entertainment. Each year, a Debutante Cotillion is traditionally held two weeks before Mardi Gras. The Cotillion has been held each year since 1895 except during national and local emergencies.