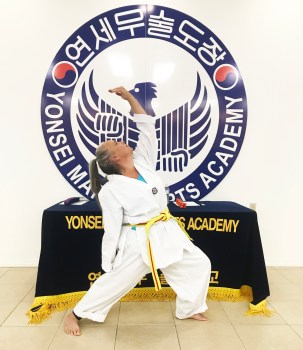 Wendy Ilski promised herself she would pursue her dream of martial arts after losing 100 pounds. 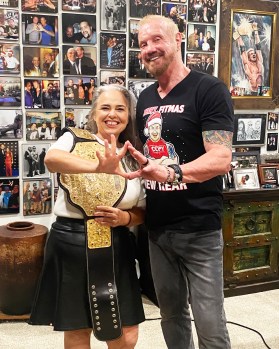 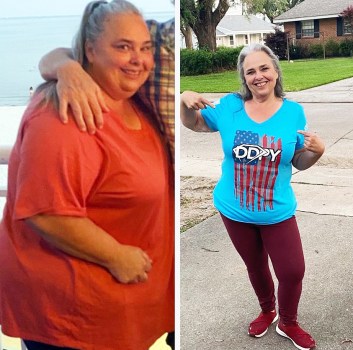 Wendy Ilski is pictured before and after her weight loss journey with the DDPY Program.

LAPLACE — Wendy Ilski spent 52 years living in darkness and feeling like a loser in life. Now 160 pounds lighter, she’s among 11 nationwide champions of the 2022 DDPY Positively Unstoppable Challenge, but her greatest win has been breaking free from the chains that shackled her to the past.

At over 300 pounds, Ilski was at the end of her rope. Unable to stand or walk independently, she was in agonizing pain with every step and was told she needed a double knee replacement. The breaking point came when she heard her three children talk about putting off their future plans so they could stay home and take care of her.

“I thought they would be better off without me,” Ilski admitted. “I couldn’t function. I was at my end, hopeless…At 308 pounds, I didn’t want to live. At 316 pounds, I decided I had a life worth living. My purpose has always been to serve others, and I knew I could not leave this earth without fulfilling my mission.”

A huge wrestling fan, Ilski found a glimmer of hope from a documentary called “The Resurrection of Jake the Snake,” which introduced her to the DDPY program created by pro wrestler Diamond Dallas Page.

Her journey began in 2021 by eating less and moving more. When she first started with the DDPY Rebuild Chair Force, all she could do was flap her arms. She progressed to Rebuild Stand Strong and would lose 121 pounds over the next 10 months. Changing when and what she ate was initially effective, but without changing why she was eating, she began to quickly regain the weight.

In January 2022, Ilski started the six-month DDPY Positively Unstoppable Challenge, shed another 50 pounds, and dropped all of her mental baggage in the process. Every part of her life improved when she confronted the past, including her experiences with childhood sexual abuse and the trauma of having her high school boyfriend commit suicide in front of her. For years, she had been terrified to drop below 200 pounds in fear of breaking down walls she had built to hide herself from others.

That changed when she entered the challenge and reinvented herself as “WuShu Wendy: Weight Loss Warrior,” delving into martial arts and documenting every part of her journey on social media with weekly weigh-ins. Her house had never had full length mirrors before; once she started taking the time to truly look at herself and recite positive affirmations, her life began to change for the better.

“To be successful during the challenge, I had to do three things: forgive my younger self, believe in my current self, and create my future self,” Ilski said. “I gained strength, determination and courage to face the past by hitting the mat. I forgave myself and others, freeing myself of misery, hate, spite, fear and anger. With discipline, I learned to love myself through working out. I was able to change the way I spoke and thought. Now I only tell myself and others positive things, helping me to soar even higher.”

Ilski’s journey led to her being named one of 11 champions in the 2022 DDPY Challenge. She was flown out to Atlanta for photoshoots, workouts, and a special visit to meet Dallas Diamond Page and Jake the Snake.

Ilski recently received a championship belt personalized with her name, and she plans to open it later this month on the first anniversary of when she started the challenge.

“What I learned is it didn’t matter if I was named a champion or not. I became a winner in my mind, in my body and in my spirit,” she said.

Ilski’s goal is now to motivate others to overcome obstacles preventing them from becoming the person they were meant to be. Those looking for motivation in 2023 can connect with Ilski by emailing wendyilski@aol.com, calling 985-628-0888, or finding her on Facebook.