New Year, New State? Poll of Louisiana families finds that most would relocate to Florida in 2023.

After another challenging year, this time with high food and gas prices and a summer of travel chaos, it’s not surprising that many people want to pack it all in, and live somewhere completely different. But if we had the choice, where would we go?

FamilyDestinationsGuide.com, the kid-friendly vacation ideas site, surveyed 3,000 families to find out where families would move to, if they could hypothetically have a clean break and move somewhere else – with some interesting results!

It’s no great surprise to see that families from some of the colder states wanted a bit of heat and sunshine; who wouldn’t happily trade -30ºF winter weather for the warmth of Florida or the beautiful beaches of Hawaii.

So where would Louisianans move to, if they had the choice? Perhaps unsurprisingly, they’d want to move to Florida. There are several reasons why the Sunshine State is a desirable place to live, including its lack of state income tax, sunny weather, diverse population, delicious food, and exciting attractions. Each day, it attracts hundreds of newcomers to its sandy shores.

The poll did reveal some surprises. Californians, for example, are happy to turn their backs on permanent sunshine and heat and move to the chilly east coast, to New York. However, New York State does offer advantages which California cannot match – these include better public transport; four distinct seasons, and more favorable timezones for employees who liaise with European-based colleagues.

And Wisconsinites would head to Arizona, which offers a sunnier climate, good job growth, a reasonable cost of living, and some incredible natural experiences, such as the Grand Canyon and the Red Rocks of Sedona.

FamilyDestinationsGuide.com asked 3,000 families which would be their first choice if they were to move to an entirely different country in 2023 – a more challenging endeavor. Most chose the UK, perhaps because there’s no language barrier, plus it’s full of history, not to mention the Royal Family.

However, Louisianans would opt for Italy. Italy offers American families a high quality of life, a strong economy, beautiful scenery, proximity to other European countries, and the opportunity for cultural immersion. Moving to Italy can be a rewarding and enriching experience for families looking for a change of pace and a new cultural experience.

Bravest of all? Granite Staters would be happy to try their luck in Japan! それでは頑張ってください！(Good luck with that!)

FamilyDestinationsGuide.com has created an interactive map showing where families would locate to in 2023.

FamilyDestinationsGuide.com also wanted to find out the main reason people would be up for living elsewhere, and the results included better weather (16%); a healthier lifestyle (24%); better job opportunities (32%) and better pay (24%).

The survey also revealed that 14% have seriously thought about permanently moving over the past year – but what would they miss the most if they moved abroad? The survey revealed what they would miss the most if they moved abroad: unsurprisingly, 40% would miss family, and just 8% would miss their friends (possibly because it’s so easy to keep in touch these days, and there’s also the prospect of making new ones). 32% said the familiarity of how things work, and 20% said American culture.

And finally, if Americans could purchase another passport from any other country, the average amount they’d be prepared to spend would be $7,155. Not a huge amount considering it would be both literally and metaphorically a passport to a new life… 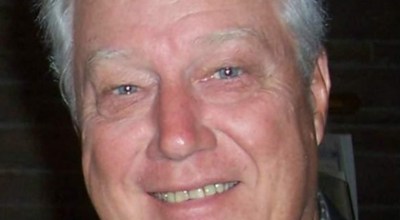