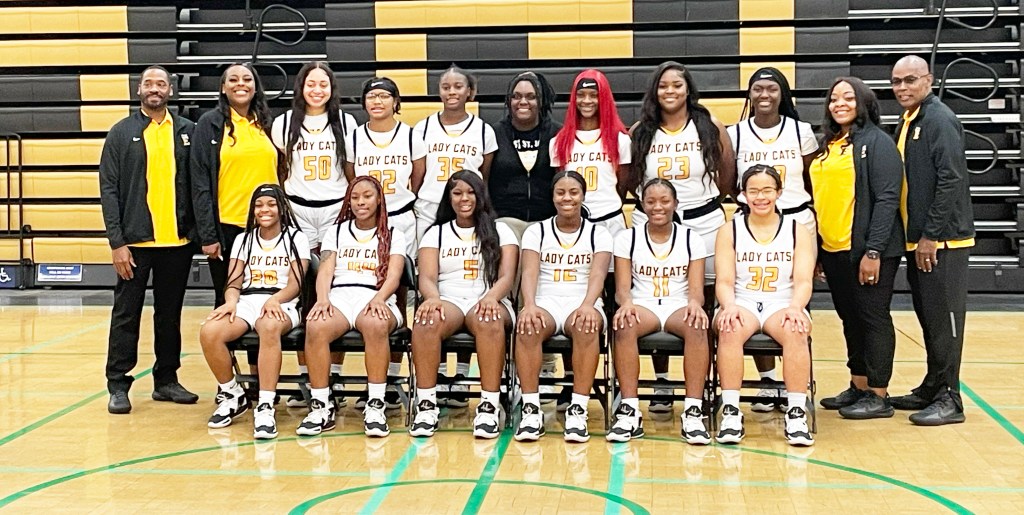 RESERVE — The East St. John girls’ basketball team is on the prowl, getting the job done on the court and in the classroom while facing a challenging schedule.

The Lady Cats entered the new year after collecting three consecutive wins against Patterson, South Lafourche and district opponent Destrehan. The second district game of the season took place against Thibodaux after press time Tuesday. Hahnville will present another district challenge later this week, and head coach Stasha James hopes to see her team bring out the same energy against the Tigers as they did against Destrehan. The recent battle of the Wildcats ended in a buzzer-beater 66-64 win as Jasmine Matthews hit the backboard and sunk a goal during the final seconds of the game.

“It was definitely a proud moment opening district with a win against one of our biggest rivals,” James said.
The remainder of the season isn’t expected to be a cakewalk, but neither was the first half. The girls are still finding their comfort zone this season and have taken some tough losses against high caliber teams like Warren Easton, Zachary and Amite, ending 2022 with an 8-7 record.

Despite the challenges, there have been some high points thus far this season. Senior Jasmine Matthews, a University of Louisiana at Lafayette commit, became a member of the exclusive 2,000-point club early in November. Matthews is currently averaging 23 points per game for the Lady Cats, along with an average of nine rebounds, three assists and two steals per game.

Kyla Cage has been a leader on the team, according to James. During last week’s game against South Lafourche, Cage had her best game of the season thus far with 18 rebounds and 10 points.

Senior Amani Sanford is a newcomer to the team, having transferred to East St. John from Maryland several games into the season, but James said she is already contributing in a big way on the court. James is also expecting a bright future from Ayana Woods, a scrappy freshman who currently serves as the team’s leading free throw shooter.

Ashia Ward, one of the leaders of the team from last year, recently returned from injury and is building back up to her full potential. She is currently averaging seven points and three assists per game.

James is also proud of the Lady Cats’ academic accomplishments. Of the 15 student athletes on the team, seven have straight ‘A’s, and several others are on the A/B honor roll.