Dreaming of a White Bean Christmas 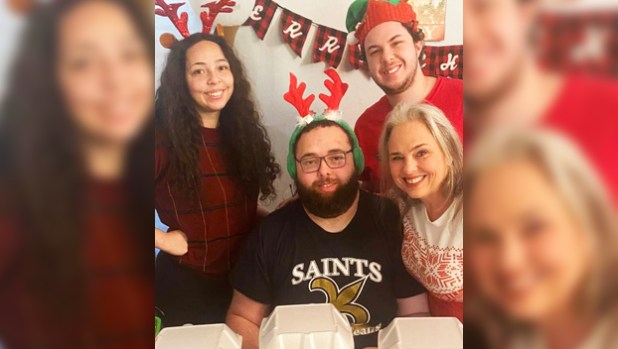 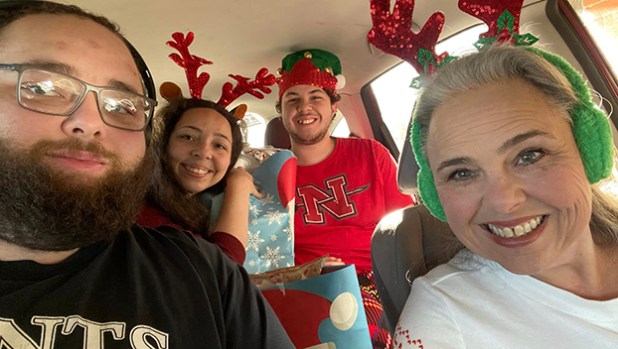 The family behind E&E Services hops in the car to deliver hot meals and spend time with members of the community who would have otherwise been alone on Christmas Day. 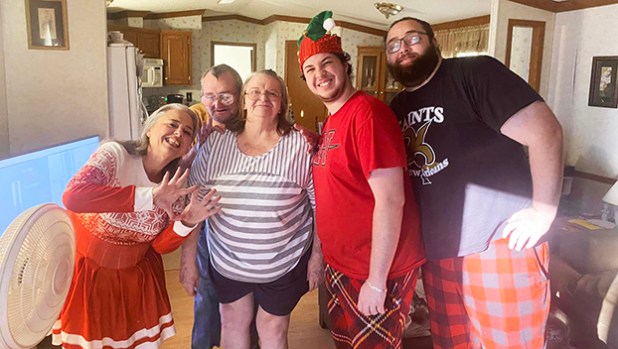 The elderly, homebound and disabled were given a filling meal and great company during the second annual “Dreaming of a White Bean Christmas.”

LAPLACE — Elderly, homebound and disabled members of the community were surprised with a hot meal and a visit from the E&E Services team during the second annual “Dreaming of a White Bean Christmas.”

Siblings Ethan, Ellie and Tank Nelson and their mother Wendy Ilski wanted to ensure no one would be alone on Christmas Day. Believing that even the smallest gestures can make a great impact in the lives of others, they collected names of more than 70 individuals who could use a little extra Christmas cheer.

The family appeared on doorsteps decked in reindeer antlers and Santa hats, bearing warm food and even warmer wishes.

E&E Services was founded when Ethan, Ellie and Tank were 14, 12 and 10 years old, respectively, as they looked to complete odd jobs to pay for their Catholic School education. Now college aged, the siblings now have traditional jobs to help fund their education, but they continue to assist with yard work, pet-sitting other small tasks through E&E Services in the spirit of giving back to a community that has always believed in them.

The idea of hosting a Christmas effort began with volunteering for the Angotti Family’s Feed and Warm the Homeless Event, which takes place annually in New Orleans on Christmas Eve. The Nelson siblings assisted with collecting donations for 200 backpacks filled with protein snacks, blankets, hats and other essentials.

“After doing that that, and especially after Ida blew through here last year, we asked ourselves what we could do for our local community. That’s how Dreaming of a White Bean Christmas came about,” Ilski said. “We wanted to do something for the community that has been so supportive of the kids.”

The family did not have a functional kitchen for Christmas 2021 in the aftermath of Hurricane Ida. Breaking out an electric skillet, they prepared some white beans and rice dinners to distribute to individuals who they knew would be alone at Christmastime.

“We knocked on doors, showed up with a meal, and visited for a few minutes,” Ilski said. “This year, since we have a stove again, we could expand it and make a full dinner with pork chops and vegetable casserole. Some other people stepped up and donated desserts. We decided to take it public so we could get more names this year.”

The family reached out to local churches, the Council on Aging, and even regular folks if they knew of anyone who could use a warm meal and good company, specifically focusing on the elderly and homebound.

The Christmas Day effort lasted from the morning through dusk. Many of the seniors were moved to tears when they realized someone had thought of them. The family was particularly moved by one lady who held onto each of them, giving them kisses and repeating, “thank you, thank you.”

“There was another woman who has cancer and was feeling down and out. She told us we gave her hope and that she has a life worth living. We weren’t expecting that. People really appreciated the company,” Ilski said.

Ethan Nelson said the best part of the “White Bean Christmas” was not just serving others, but ensuring that each of the 71 individuals reached ended the day knowing that people still care about them.

“Breaking a streak of loneliness, even if it’s for a few minutes, is awesome. The smiles and friendly conversations they give and receive are genuine, and on top of a good meal that they may not have had in a while, that’s the best gift I can think of,” he said.

Christmas is all about family and giving back, according to Ellie Nelson, and she was happy to merge both of those aspects into a holiday service project.

“Our community has always had great strength and unity, and it is my belief that when we come together to serve others, we all benefit,” she said. “Spreading God’s message of love, joy and peace through action brings hope and happiness to all those involved. We have been blessed with so many great people believing in us and supporting our mission of earning our way. The least we can do is pay it forward, especially during the Christmas season.”

Tank Nelson described Dreaming of a White Bean Christmas as one of the highlights of his year.

“They were almost alone, and to see their faces light up when we brought them a meal is really something that I will remember for the longest time,” he said. “It’s the small things that can really help, just one person at a time, like taking out your neighbor’s garbage. I think it could make us better as a society if we could just get out and help a little bit more.”

E&E Services is available to assist the community throughout the year and can be reached at 985-628-0888.