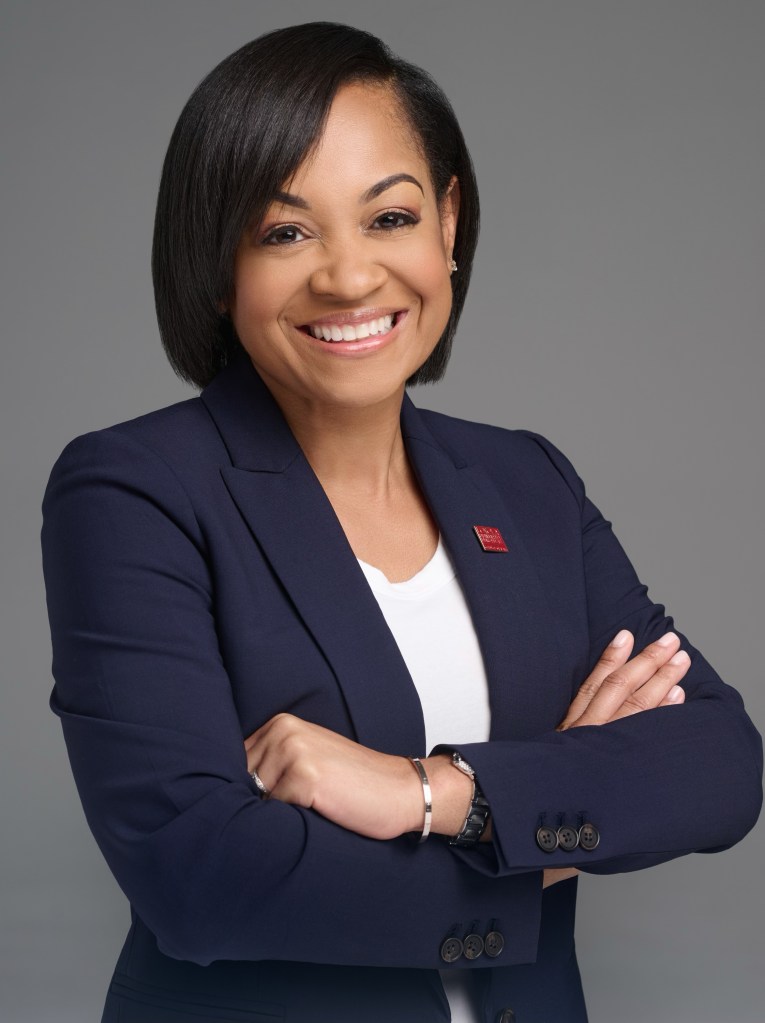 LAPLACE — After nearly three years serving as the chief administrative officer of St. John the Baptist Parish, Deshanda Firmin recently resigned to focus on the next steps of her law career.

Firmin has attended law school at Loyola University in the evenings while overseeing the administrative functions of the parish, working on historic projects such as the West Shore Levee, and navigating the unprecedented challenges of the COVID-19 pandemic and Hurricane Ida.

When Firmin came on board with the Hotard administration in early 2020, it was her first time stepping into the world of public policy. She had previously worked in the private sector for more than 20 years with a background in healthcare and management.

Growing up, Firmin had a childhood friend whose father was a pharmacist. She followed the same path, graduating from Xavier University in 2022 and working as a retail pharmacist before being promoted to a district pharmacy supervisor role. There, she managed all of the pharmacies in the metro New Orleans area for CVS Caremark. Administrative experience in this role from hiring and firing to enforcing the state board of pharmacy regulations worked hand-in-hand with managing operations for the public in the chief administrative office role for St. John Parish. Operating a small business and helping her husband run a business also equipped her with experience in entrepreneurship.

“My love of health care had me thinking about what more I could do after practicing for 20 years or so and what my next steps would be. I decided to couple healthcare with a law degree and see where I could help with regulation,” Firmin said.

Working with the Hotard administration exposed Firmin to a new world of administrative functions.

“I think the most historic thing that the Hotard administration did coming in was just changing the tone and the temperature with the employees, ensuring we had an open door policy for issues,” she said.

During the COVID-19 pandemic, which struck shortly after the current administration took office, Firmin realized there were no policies or procedures on file to handle a situation of that magnitude. She worked closely with parish attorneys and human resources to put policies in place, from partnering with Ochsner with getting temperature checks and signage to implementing sick day protocols for employees.

“Nothing like this had happened in St. John or the U.S. in this modern era of health care. I pride myself on having a hand in putting policies in place that worked well. We had minimal workplace exposures, and I believe that employees appreciated the lengths that we went to in order to protect them,” Firmin said.

St. John Parish was still in the midst of the Delta variant outbreak when Hurricane Ida brought a new set of challenges. It was a boots on the ground effort before the storm made landfall as Firmin and other members of the administration set up camp in the Emergency Operations Center. Into the late hours of the night, Firmin helped coordinate efforts for relief groups to come into St. John Parish with supply distributions for the storm-stricken community.

“I want to thank the residents for introducing me to public policy because I had always worked in the private sector, and being able to work these past few years in government has been rewarding and remarkable,” Firmin said.

During a Parish Council meeting this month, Parish President Jaclyn Hotard extended her well wishes to Firmin as she enters her final semester of law school. With her resignation, Peter Montz has been appointed to the CAO role.

After Firmin graduates in May with her second doctoral degree, her goal is to work in the areas of medical malpractice or healthcare law while remaining involved in local government.

“This isn’t goodbye. It’s see you later,” Firmin said. “I want to come back after graduation and continue to serve in some capacity.”