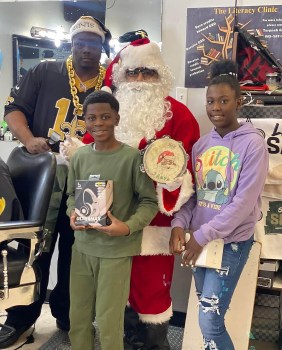 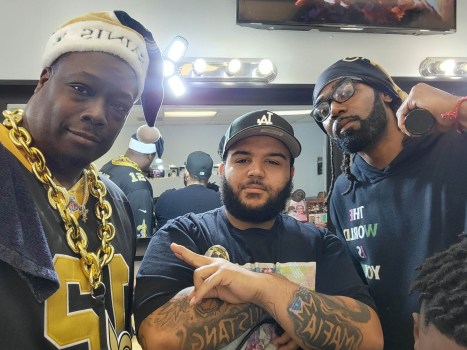 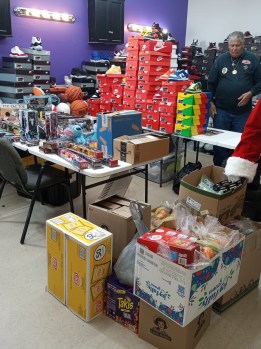 Kendrick Gray, owner of Trendsetter Barber & Beauty, spent more than $1,000 on Christmas gifts for children of the community. Toys were distributed on December 18. 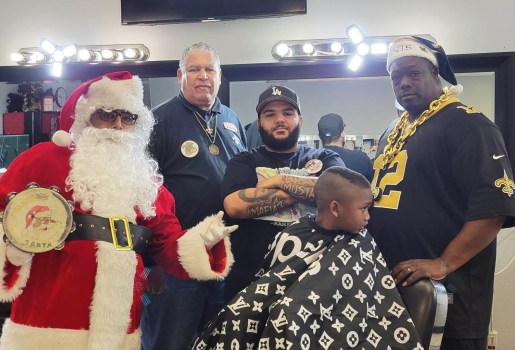 “Most shops shy away from Christmas because it’s a really big holiday. I have the name Trendsetter because I like to do things a little different,” Gray said. “I’m blessed, and I’m not too worried about the money. It’s all about the kids.”

Gray was offering free haircuts at Christmastime five years ago when he saw a fellow barber dig into his own pocket to purchase toys for his clients. Deciding he wanted to do the same, Gray began a Trendsetter tradition of hosting a charity event each year on the Sunday before Christmas.

The first year, he purchased $100 worth of toys. That amount has multiplied each year, climbing to more than $200, then to $500, and finally to a little over $1,000 this year. More than 100 children received gifts including but not limited to footballs, basketballs, toy trucks, wireless speakers and headphones.

With help from Derrick Holmes and Richard Barritt, two men who Gray once mentored, approximately 60 to 70 children received free haircuts the day of the giveaway. Both appointments and walk-ins were welcomed. The Christmas event also included food bags, goodie bags, letters to Santa Claus, and a special appearance from Santa himself, also known as Dr. Ansil Augustine.

“It was packed in here with kids and adults. Every year, I’m trying to get it to be bigger and bigger,” Gray said. “Next year, I’m working on having bikes, coats, and getting more barbers involved.”

Gray is a lifelong native of St. John the Baptist Parish. Growing up in old LaPlace, he looked up to the friendly faces in the community, including well-known barbers Leroy and Curtis.

Gray started cutting his own hair when he was about 13 years old. He was still in school when he earned the nickname “the walking barber,” as he would travel the neighborhoods offering haircuts for $2 or $3 back in the late 80s.

Gray graduated high school on May 23, 1992. Three days later, he enrolled in Louisiana Hair Design school in Metairie and graduated with his license the following year. Now entering 30 years in the profession, Gray has worked at several barbershops in the area. In 2000, he opened Trendsetters Barber & Beauty Salon.

The shop has operated out of several locations over the past two decades, but has been located at 2832 W. Airline Highway for the past 12 years.

While maintaining a presence in St. John Parish, Gray has always wished to support the community, particularly the youth.

“One thing we talk about in the barbershops is how there is nothing for kids to do. They have playgrounds and everything, but kids these days don’t go out and play. It’s always inside with video games, and no one does anything with them hands on. Nobody is taking time to teach them a trade,” Gray said. “I’m not the type of person to sit around and talk. I’m going to look at what needs to be done and try to do something about it. It’s easy to cut someone’s hair, but next year I want to teach some kids to cut hair.”

Those who would like to support future back-to-school and Christmas events can contact Gray at Trendsetter Barber & Beauty.