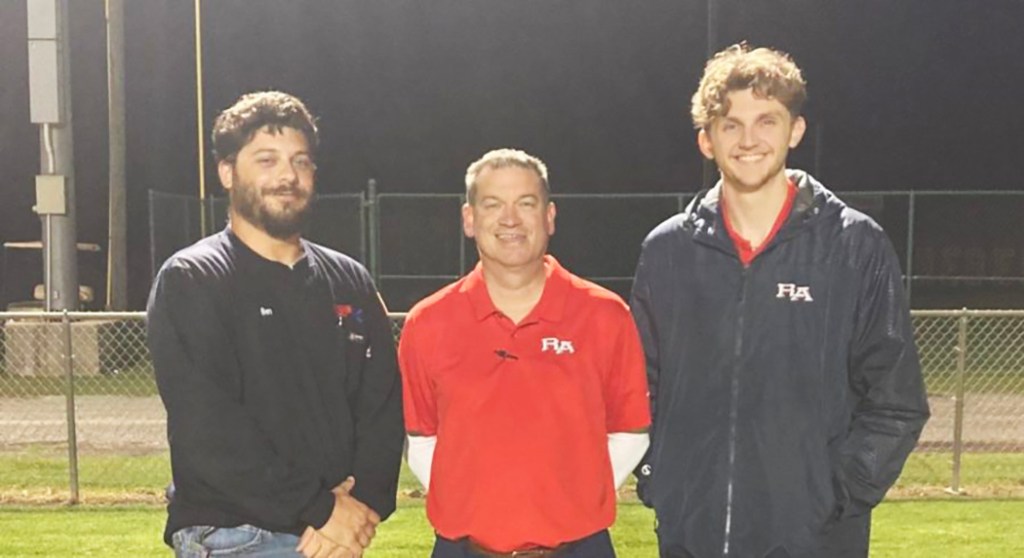 From left to right, Ben Brady, Todd Bourgeois and Kevin Dauenhauer are the new 2022-2023 soccer coaches at Riverside Academy.

Bourgeois played basketball, soccer, cross country and golf at St. Charles Catholic, graduating in 1994. He went on to attend the University of Louisiana Lafayette, where he earned a bachelor’s in interpersonal and public speaking. Bourgeois has coached for 20 years, starting with Biddy Basketball and Youth Soccer Programs throughout the Parish. This is Bourgeois’ ninth year of coaching high school. He previously was the boys head soccer coach at Lutcher High School for six years, with five years making playoffs and made two quarterfinal appearances. He then coached at Chapelle for one year before COVID hit, resurrecting the program to a 19-11 record and leading the team to win its playoff game ever. Bourgeois spent two years prior to soccer coaching as an assistant varsity basketball coach at SCC.

Bourgeois said, “I live by my coaching philosophy which is, ‘Trust in Yourself, Trust in Each Other.’”

Before graduating in 2011, Brady attended Saint Charles Catholic where he participated in the football, soccer and swim teams. He later attended University of Louisiana at Monroe, where he earned a bachelor of science. This is his first official year coaching a soccer team.

Dauenhauer played soccer for five years and ran cross country for four years at St. Charles Catholic, graduating in 2020. His soccer career mostly consisted of playing center back and goalie. During his sophomore and junior years, he mainly played center back and backup goalie, and it wasn’t until his senior year he moved full time to goalie. Dauenhauer finished his senior season with three shutouts and was also voted second team all-district as goalie. He is currently attending River Parishes Community College and will be graduating later this year. This is his first official year coaching a soccer team.

Dauenhauer said, “I definitely have more to learn, I hope to continue coaching and sharing my love of the sport.”