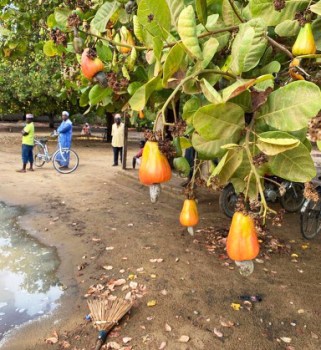 The first shipment of cashew nuts grown on trees in Tanzania arrived in New Orleans three weeks ago. 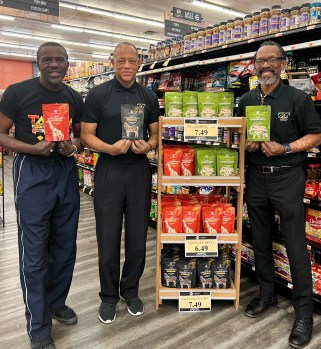 LAPLACE — Matherne’s on Airline Highway in LaPlace is at the forefront of a global effort to foster bilateral trade between Africa and the United States of America.

The LaPlace store is among the first in the country to carry TanzaNutz, a new cashew nut product from Tanzania, Africa. The team behind Ward Holdings International said development of trade paves the way to jobs and prosperity — not only in Tanzanian villages, where each job created at a TanzaNutz or affiliated processor can boost a farmer family’s income by

Lloyd Ward, co-founder and CEO of Ward Holdings International/Ward Holdings Africa, described the partnership as the segue to “a new day and a better way” for Africa and the world.

The first shipment of TanzaNutz arrived in New Orleans three weeks ago and was celebrated with a three-day “TanzaFest” event at Congo Square and Armstrong Park, the very location where the enslaved congregated once a week on the Sabbath to trade, socialize and preserve their native culture.

“We selected New Orleans as the epicenter of the development of trade between Africa and the USA because New Orleans has an incredible history with Africa. It will also benefit the citizens of New Orleans,” Ward said. “The secret of sustaining economic development is bilateral trade, and that’s what we’re looking to get started. As we bring cashews in, we are also looking to export rice, corn and sugar to Africa where it is needed, particularly in South Sudan where they are rebuilding their agriculture after many years of wars with North Sudan. Matherne’s is the first grocery store, and right now, this is the only place we are selling cashew nuts apart from direct consumer sales through our website.”

TanzaNutz has been approved to start sales in approximately 20 retail locations, beginning with Rouses and Matherne’s supermarkets, according to Martin Johnson, co-founder and chief financial officer of Ward Holdings International.

TanzaNutz are currently sold at Matherne’s in three flavors, roasted/unsalted, roasted/sea-salted, and natural/raw, with additional flavors to follow. The buttery flavor and mouthfeel are unique to the Tanzanian agriculture, which also stands apart with larger, cleaner and clearer cashew nuts that what American consumers have come to expect.

Pastor George Green Jr. serves as a market ambassador and spiritual advisor to the co-founders, and he is proud to introduce TanzaNutz to the community he calls home. Green has been in contact with Scott Schwaibold of Matherne’s Supermarket in LaPlace, who has been very receptive to supporting the global mission.

According to Johnson, Ward Holdings and the TanzaNutz brand have garnered tremendous support among local faith-based leaders, the Port of New Orleans, and governmental figures including Congressman Troy Carter and Lieutenant Governor Billy Nungesser.

The company was formed in 2018 at the height of the trade war between the United States and China. Johnson, who spent 30 years in the banking industry, connected with Ward, whose accomplishments include serving as vice president of PepsiCo, president of Frito-Lay, and becoming the first African American to be chairman and CEO of a Fortune 500 company (Maytag).

While Ward was rising up the ranks at Maytag, he closed a deal with the largest washing machine company in China at the time. He facilitated plans to build relationships between the United States, China, India and the rest of the world.

“Most importantly, they wanted to create better lives for their farmers. Africa is the most resource-abundant land on Earth, yet Africa contributes less than 3% to the economy,” Ward said. “We started working with the existing processors and we helped them upgrade their facilities to be able to help them sell directly into the U.S. Market.”