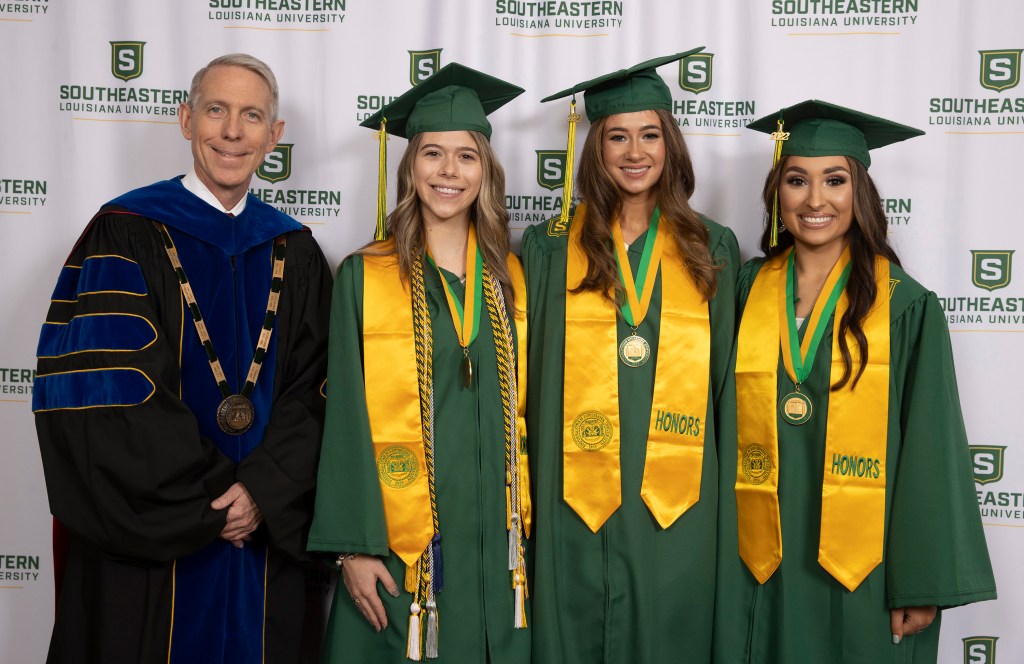 HAMMOND – Southeastern Louisiana University celebrated its graduates Saturday, Dec. 10, in two separate commencement ceremonies in the University Center.
Southeastern graduates included 346 men and 734 women, who were receiving 15 different degrees and representing 20 states and 13 countries. Candidates for associate, bachelor’s, master’s and doctoral degrees were honored.
Additionally, Tangipahoa Parish Superintendent of Schools Melissa Stilley was honored with Southeastern’s Lifetime Achievement Award. A veteran educator with 35 years in the field, Stilley has served at every instructional level in the public school system—classroom teacher, assistant principal, principal, supervisor of curriculum and instruction, and chief academic officer. Stilley is a 2018 Distinguished Alumna for the College of Education at Southeastern, where she earned her bachelor’s degree in elementary education in 1987, her master’s degree in school administration in 1999, her plus 30 in special education in 2000, and in 2018 completed coursework toward a doctorate in educational leadership.
The university awarded its highest academic honor, the President’s Medal for Academic Excellence, to nine students with the highest cumulative grade point average in the university’s five colleges.
Medal recipients were: