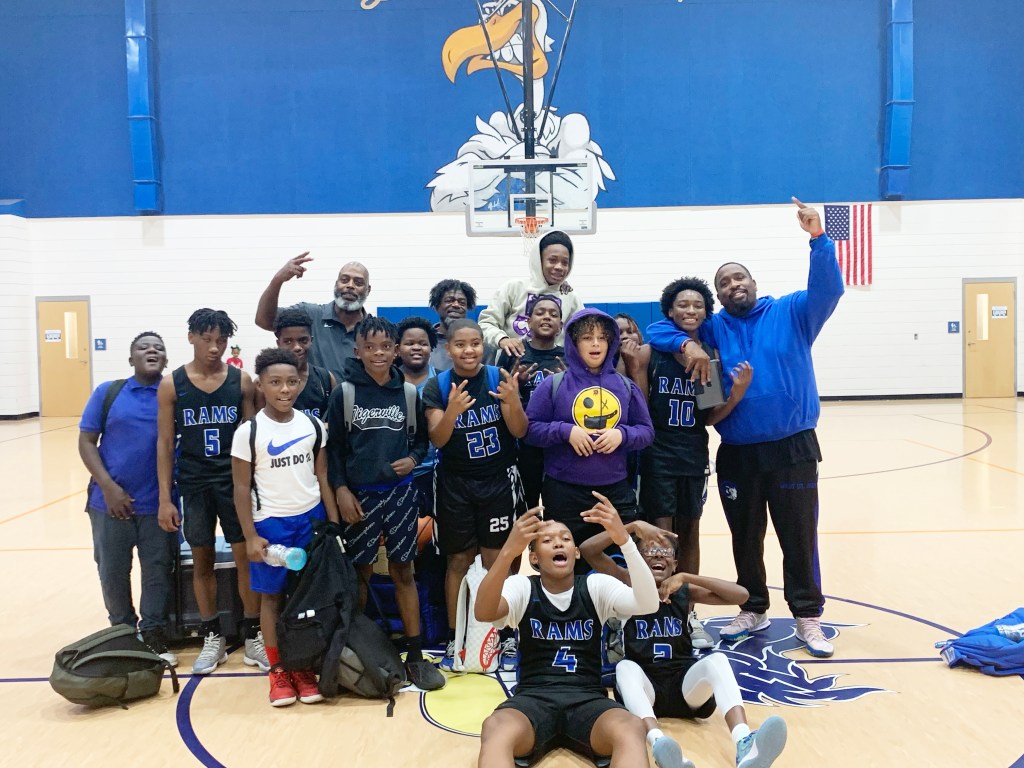 The Middle School Rams rallied together for a hard-fought win against Lake Pontchartrain.

“The first game we missed a lot of layups & missed defensive assignments which Lake Pontchartrain capitalized on,” Coach Courtney Evans said. “We were also missing one of our most important players that was recovering from an injury, Jajuan Jackson. The second meeting, I knew we will have to execute, rebound and force Lake Pontchartrain in many uncomfortable situations as possible on the offensive end.”

The first quarter of the game was a defensive battle which resulted in a 6-5 lead for West St. John. In the second quarter, both teams seemed to speed up the pace on the offensive end which resulted in the Rams leading 16-11 at halftime.

“I informed my team at the half we did a poor job at times trapping the corners on the defensive end which led Lake Pontchartrain to make easy baskets,” Evans said. “I started the game trying to match size with size, but coming out the half I decided to go with speed and smaller with the lineup, which caused Lake Pontchartrain to have to adjust frequently in the third and fourth quarters. We were down five points with a minute left, and I decided to go man to man defense which allowed us to force turnovers in the game by forcing at the end of regulation, 35-35 overtime.”

Despite coming off an injury from the previous game, Davonii Bartholomew came up big with eight points and played outstanding defense. J’Kyren Morris has been leading the team at the point guard spot, where he hit some huge free throws, finishing with 10 points. Kadyn Smith played a vital role as well by making it very difficult for their point guard to execute their offense from the defensive end. Lastly, Jajuan Jackson was special on the scoring and rebounding end, finishing with 18 points and double digit rebounding. Free throws have been, during  the last two games, not one of the Rams’ strongest points.

“As a coach, I am satisfied with the win, but we still have not capitalized on our opportunities,” Evans said.