Wildcats take down Ruston Bearcats for Division I title 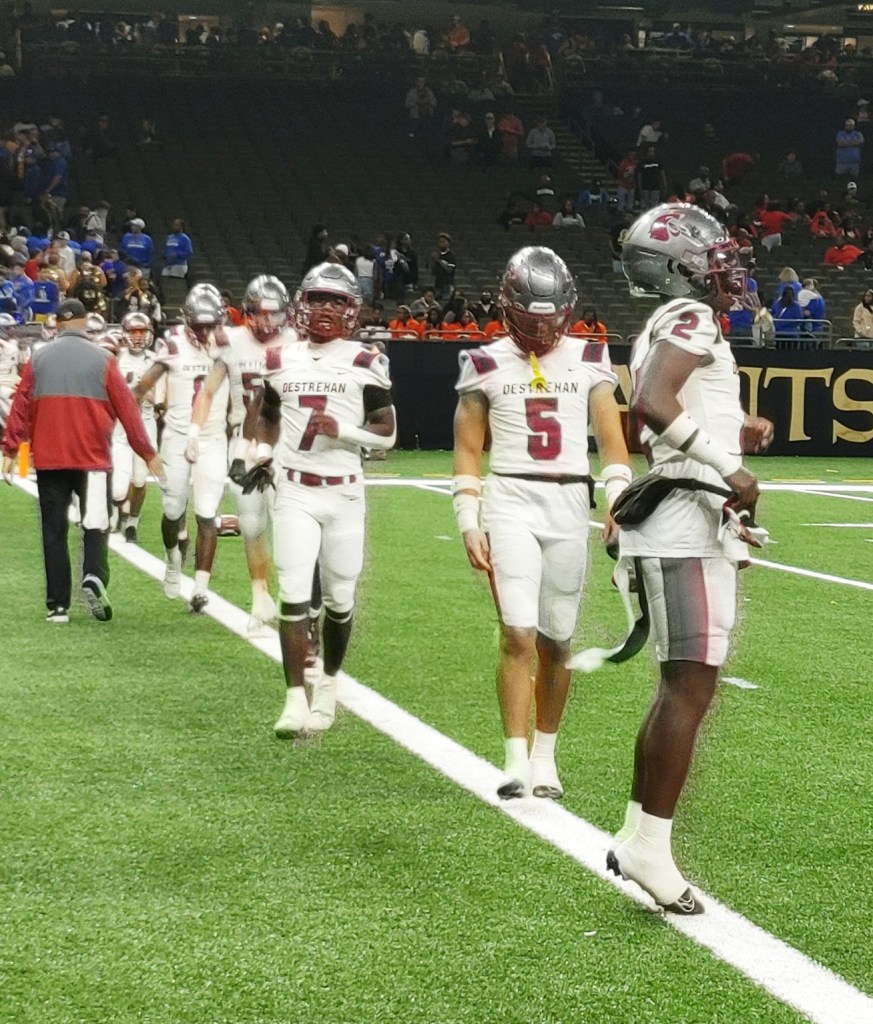 NEW ORLEANS — The Destrehan Fighting Wildcats certainly had a great night as well as something to celebrate as they became the new LHSAA Division I Non-select champions to end their season with an undefeated 14-0 record! They took on the Ruston Bearcats in the championship game on Friday night in the Superdome.

The Wildcats had a great season last year, but came just short of the championship game, losing in the semi-finals against Zachary. However, this was not their first match-up with the Bearcats. The Ruston Bearcats were up for the challenge as they lost to Destrehan last year in the quarterfinals. This game would be a fight to the finish of these mighty cats, but definitely a hard-fought game almost too intense to watch!

True to form, Destrehan drew first blood as they took until almost the end of the first quarter to score and take the lead 7-0 over the Bearcats with a five-yard touchdown by Lee. Going into the second quarter, the defensive teams were fighting hard and fierce on both sides, as each team went up and down the field, scoreless for at least six minutes. Then with 6:52 in the second quarter, Destrehan’s Lacy scored a field goal to change the score in the Wildcats’ favor again, which made the score 10-7. However, the Bearcats would not stand by and let the Wildcats blow them out. With great field position and a quick drive time, the Bearcats put numbers on the board, scoring a touchdown from a deep pass to Jackson with 6:33 on the board in the second quarter. Back and forth, up and down the field, these two teams played some really great defense, letting no one score again and by the end of the second quarter. The score remained 10-7 with the Wildcats in the lead at halftime.

The third quarter would be just as intense as the first half, with both teams’ defenses holding fast and not letting the other score. There were five exchanges of downs throughout the third quarter only for the score to remain 10-7 with Destrehan still in the lead. Ruston made the longest drive in the third quarter starting at 7:10 and ending in a failed field goal attempt with 2:17 left to the end of the third. Needless to say, the Wildcats defense remained vigilant in holding off the Bearcats and not allowing a score.

Throughout the season, Destrehan never gave up more than 14 points in a game, with the exception of East St. John, where The E scored 20 points. The fourth quarter would be just as intense as the third and the Bearcats made a 32-yard march up the field to kick a field goal by Brown, which made the score 10-10 and even the playing field. Destrehan took possession of the ball with 6:54 left to play in the fourth quarter and marched up the field. The Wildcats’ Eugene completed a 29-yard run for a touchdown with 3:14 left until the game. This put the Wildcats on top with 17-10 and the Wildcats never looked back.

To put the icing on the cake, Thomas intercepted a Bearcats pass with 47 seconds left in the fourth quarter, which sealed the deal for the Wildcats and they went on to become the state champions.