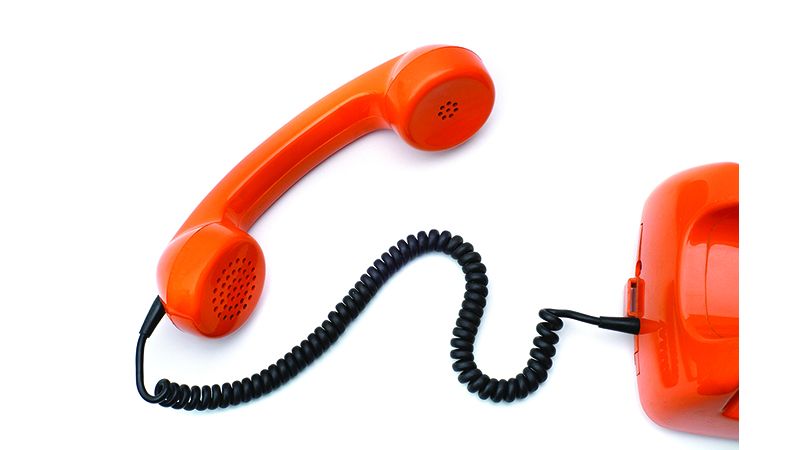 Americans aren’t talking with one another much these days, but they are communicating. Unfortunately, most of the time it is only with emails or through social media websites.

We can take some comfort, I suppose, because it seems to be a worldwide phenomenon. French President Emmanuel Macron talked about the issue with “60 Minutes” correspondent Bill Whitaker during Macron’s recent visit to the U.S.

“Emotion is always stronger than argumentation,” Macron said. “And negative emotion is stronger than positive emotion. So on a lot of these social platforms, negative emotions, feelings are the ones to triumph. And during the past few years, we had such a resurgence of violence, hatred speeches, and a sort of inability of our own societies to live together.”

Macron said we have to restore democratic and respectful conversation and exchange opinions and ideas. We may end up agreeing or sometimes agree to disagree, he said.

“Social media itself is not the problem,” according to lifespan.org that operates award-winning Rhode Island hospitals. “It is the way people use it in place of actual communication and in-person socializing. ‘Friends’ on social media may not actually be friends and may even be strangers.”

During my 62 years in the news business, I have spoken many times over the telephone with angry or upset readers. Most of the time we gave one another time to speak our peace. Sometimes it solved the problem because we had a chance to explain what or why something happened. At other times we agreed to disagree, but on friendlier terms.

Doing that on social media is extremely difficult. One of our conservative readers, for example, has been sending me TikTok videos designed to reinforce his political views. I try to avoid replying to those types of emails because it’s a losing proposition, but I broke my own rule.

We had some heated exchanges and I eventually asked him if he knew TikTok was a Chinese app that is causing some national security concerns. I can’t remember exactly what he said, but it was something like TikTok being much better than our newspaper.

I wondered after that exchange what might happen if the two of us had an opportunity to sit down and carry on a calm conversation. Some news reports may have answered that question.

“Nation’s health may depend on people getting to know each other again” was the headline on an Aug. 20 column in The Advocate. It was written by Lynn Schmidt, a columnist and editorial board member of the St. Louis Post Dispatch.

“Our country is in a very dark place at the moment,” Schmidt said. “But I have hope because the answers are all around us. They live around us. For thousands of years wise people have been extolling the virtues of loving your neighbor. Now is the perfect time to get out and do that.”

Schmidt said a 2018 Pew Research Center poll showed 57 percent of those who responded said they know only some or none of their neighbors. That climbed to 72 percent among 30- to 49-year-olds and to 78 percent among 18- to 29-year-olds.

I got an upper body massage recently for a nagging neck problem. The woman doing the massage turned out to be a former neighbor whose family lived around the corner from my house for some time.

Her husband was working in the yard often and I thought about going there one day and getting acquainted. Unfortunately, they moved away before I got around to doing it.

“Step out of your comfort zone on some topics” was the headline on another column Wednesday in The Advocate. It was written by Kathryn Jean Lopez of National Review.

Lopez was recently in the Dallas area and said, “I wound up talking about some of the most controversial topics with my Uber driver. Abortion came up early and often.”

Then, she offered this advice: “It may seem hokey, but don’t be afraid to have some conversations with people you don’t know and maybe won’t agree with on everything. One person at a time, we may see that differing opinions can be a beautiful way to understand ourselves, one another, and the world. We don’t always have to be enemies.”

So true, so true. It has happened to me many times when I was able to carry on a conversation with someone.

We need to put our cell phones down every now and then, walk away from our computers, and catch up on conversations we haven’t had with friends, neighbors, and others. Social media isn’t the best solution.