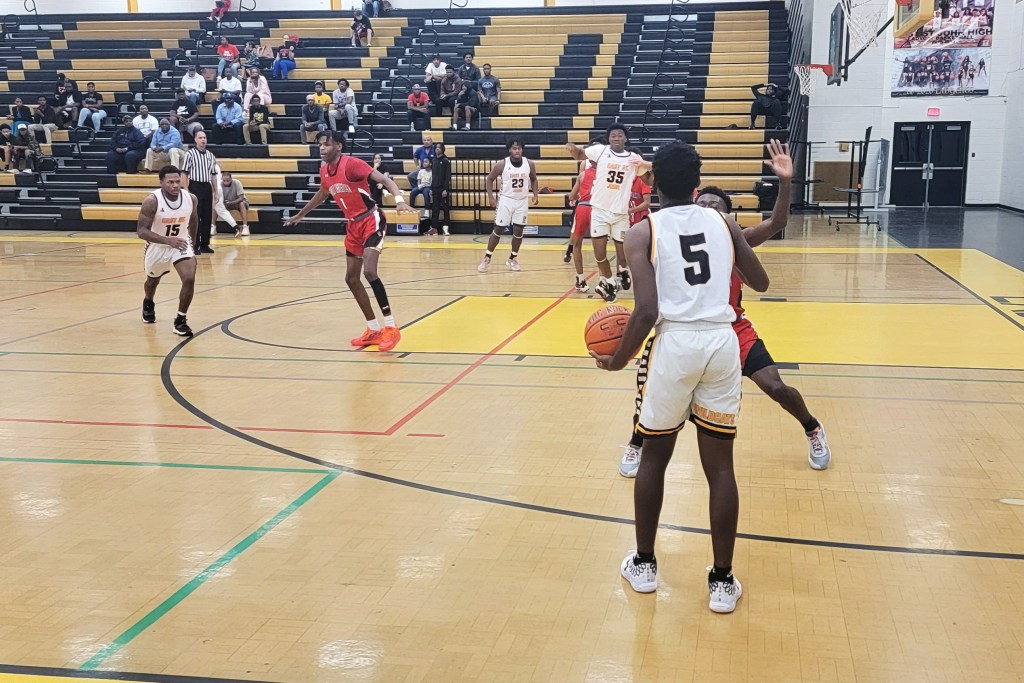 The Wildcats pulled off the win with a final score of 62-58.

RESERVE — What a great night to be at The E for an East St. John basketball home opener. The ESJ Boys basketball team, who were 0 and 1, took on the Family Christian Flames out of Baton Rouge.

The game was an absolute thriller from the jump, as scores were exchanged at a fast pace. The Flames took the lead and had the Wildcats catching their breath! After coming back from a deficit, the Wildcats decreased the lead down to one with some sharp shooting by Kaivan Fobbs. Down 33 to 32 at the half, the Wildcats saw much of the same going into the second half. The same defense and quick transitional basketball play left the Wildcats down by five.

Towards the end of the game, with some good ball control and good shooting by super sophomore Makai Johnson, East St. John’s boys pulled away in the Wildcat fashion, hitting some clutch free throws to ice the game.

The Wildcats pulled off the win with a final score of 62-58. Leading scorers for the Wildcats were Maki Johnson and Kaivan Fobbs.

Coach Broadway said, “It feels good to get a win. My football players are coming back and the team needs a few games to gel together.”

The E had its next home game Friday, Dec 9 against Lighthouse Christian out of Pensacola.