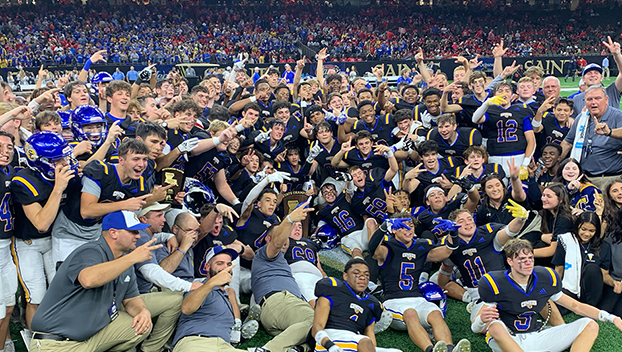 NEW ORLEANS — St. Charles Catholic defended its Division III state championship title Friday night, coming back from behind against Dunham to earn a 32-28 victory in the Super Dome.

Dunham took an early lead in the championship game on a 52-yard run, but the Comets quickly followed with a rushing touchdown. With another 50+ yard bomb, the Tigers were on top at the end of the first quarter, 14-7.

Midway through the second quarter, the Comets tied it up 14-14 on a punch from the 1-yard line. The Comet defense held on for the remainder of the quarter, preventing any further scoring before the half.

Dunham took the lead once again in the third, and St. Charles Catholic lagged behind 21-17 even after a 29-yard field goal from Tyler Milioto. As the third quarter began to wind down, the Tigers extended their lead to 11 with a score of 28-17 at the end of the third.

The fourth quarter was the turning point for the battle-tested Comets who were able to rise to the challenge with a touchdown followed by an on-side kick recovery. Ayden Authement helped propel the Comets to a four-point lead, and the game ended 32-28 with St. Charles Catholic on top.

A full game recap and comments from Coach Stein will be shared online and will be published in the next edition of L’OBSERVATEUR. 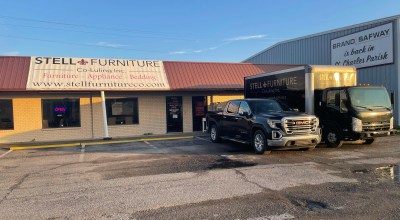