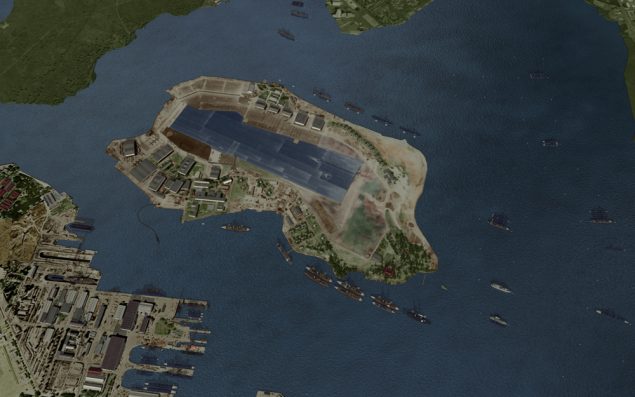 The Executive Director of the Museum, Parks Stephenson, will present new evidence on the history of the attack during his keynote speech.  His work in identifying the remains and determining the actions of a Japanese Special Attack submarine that conducted a successful attack inside the harbor will be briefly described during the ceremony, with additional details to follow in a special podcast that will simultaneously go live on the USS KIDD Veterans Museum YouTube channel.

In attendance will be active-duty sailors from the third U.S. Navy ship named for Rear Admiral Isaac C. Kidd, Sr., killed aboard the USS ARIZONA during the attack.

The Navy’s newest USS KIDD, DDG-100, was commissioned in 2007 and is on active duty with Carrier Strike Group 9 in the Pacific. Her homeport is Everett, Washington.  She is sending three sailors to Baton Rouge on the occasion of the anniversary: LSC Robert Matlock, ET1 Scott Love and DC3 Juan Cardonamarino.  In addition to representing the current USS KIDD at her namesake’s site, the sailors will don coveralls and help with the elder ship’s preservation work during their stay in Louisiana.  The new KIDD in that way will directly help maintain her namesake’s legacy.

Music will be provided by the United States Marine Forces Reserve Band from New Orleans.

Immediately following the Pearl Harbor Day service, there will be a memorial ceremony ashore for a more recent tragic event. The Coast Guard buoy tender WHITE ALDER was lost in a collision on the Mississippi River near White Castle on December 7, 1968.  Like the crew of the ARIZONA, the WHITE ALDER’s crew is entombed aboard their ship on the river’s bottom.

The remembrance service will begin at 11:55 a.m. The public is invited to attend at no charge. For more information, please visit the website at www.usskidd.com or call 225-342-1942.