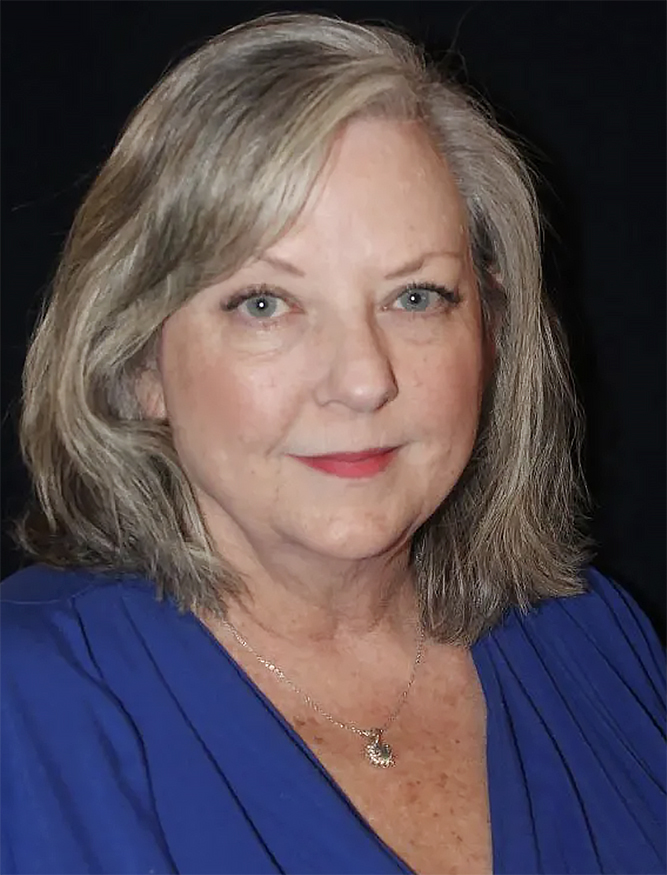 NORCO — The words “I’m going to live forever” have danced through Lori Lyons’ mind on repeat this past week.

Lyons has attended Louisiana Sports Hall of Fame induction ceremonies for the past 25 years. After witnessing the tears and emotional speeches so palpable you can feel it in your own chest, she knows exactly how much this honor means.

“It was an amazing moment, one that I’ve been reliving for days now. I’ve been there, seen it, been a part of it. It blows me away that my peers think enough of me that they think I deserve this,” Lyons said. “I just keep thinking that my name is going to be somewhere forever, with some of the most extraordinary people this state has ever produced.”

Lyons is among an elite 12-person Hall of Fame Class of 2023. She was selected among a pool of 29 outstanding nominees for Louisiana’s top sports journalism honor, LSWA president Raymond Partsch III and Hall of Fame chairman Doug Ireland announced last week.

“Yes, you could easily cite the plethora of award-winning work Lori was responsible for during her time working at The Times-Picayune,” Partsch said, “but what stands out to me is what she has done behind the scenes for the Louisiana Sports Writers Association.”

A total of 467 elite athletes, journalists, coaches and administrators have been inducted into the Louisiana Sports Hall of Fame since 1959, and only 71 individuals have been honored with the Distinguished Service Award since its introduction in 1982.

Originally from Houma, Lyons has always had a passion for sports. At Terrebonne High School, she joined the Mirror staff and hoped to use her knowledge of football to impress a cute quarterback. Although it didn’t work out, years later she married a cute coach who has stood by her side through various phases of her career.

After high school, Lyons wrote for The Maroon while majoring in English and journalism at Loyola University. A friend helped her get her foot in the door at The Times-Picayune during a time when women sports journalists were few and far between.

Starting out as a sports agate clerk in 1986, she was primarily responsible for publishing box scores. She was hired full-time as a clerk, basically a secretary position meant to make travel arrangements for the “real sports writers.” But Lyons used the opportunity to pick up the scraps and cover the stories that no one else would. Her first byline came from a nighttime glow-in-the-dark golf tournament in Destrehan amid freezing weather. She covered the recreation leagues in the city, even venturing into writing about cheerleading and mascot contests.

It wasn’t until the fall of 1990 that Lyons covered her first prep game, Ridgewood at Country Day. There was a rollover in positions after one of the prep writers left. A lot of people doubted her, but prep editor Ted Lewis believed in her. The following summer, Lyons earned her first Prep Writer of the Year Award from the Louisiana Sports Writers Association. She was selected as Prep Writer of the Year again in 2008 by the Louisiana High School Athletic Association and won the LSWA’s prestigious Mac Russo Award the same year.

Lyons remained at The Times-Picayune until 2012, when she became the victim of layoffs. She continued to cover sports in the River Parishes on a freelance basis while caring for aging loved ones. She also served as the president of the LSWA and helped oversee the opening of the Louisiana Sports Hall of Fame and Northwest Louisiana History Museum in Natchitoches.

Lyons learned an old dog could learn new tricks when she became the sports editor at L’OBSERVATEUR in LaPlace, where she was introduced to sports photography, writing headlines and page design.

After leaving L’OBSERVATEUR in 2017, Lyons was drawn to a new role teaching high school multimedia and journalism at Riverside Academy in Reserve.

Her career has included countless highlights, from covering two Super Bowls to reporting on five-overtime showdowns between Destrehan and East St. John. She witnessed DeQuincy Scott hit five homeruns in one baseball game and was there to interview Peyton and Eli Manning when they visited Riverside Academy. Kids she covered as high school freshmen have reached the NFL, and she now sees the sons and daughters of athletes she’s interviewed making a name for themselves in the prep world.

As she’s gotten older, it has gotten tougher to do things she once did, like walk up mountains of stadium stairs or work from the roof of a press box in the snow. Now, she watches a new generation fall in love with journalism.

“Not all of them have a love for it, but the ones that do are extraordinary,” Lyons said.

She’s also had the pleasure of watching her daughter, Lora Luquet, pursue journalism at Northwestern State University. Luquet may not share her parents’ love of sports – 20 years after attending her first game as an infant, she still could not tell you what a first down is – but Lyons could see from an early age that her daughter is an impeccable writer with a draw toward the entertainment industry.