After his passing, Joe Tullos’ music still has a life of its own 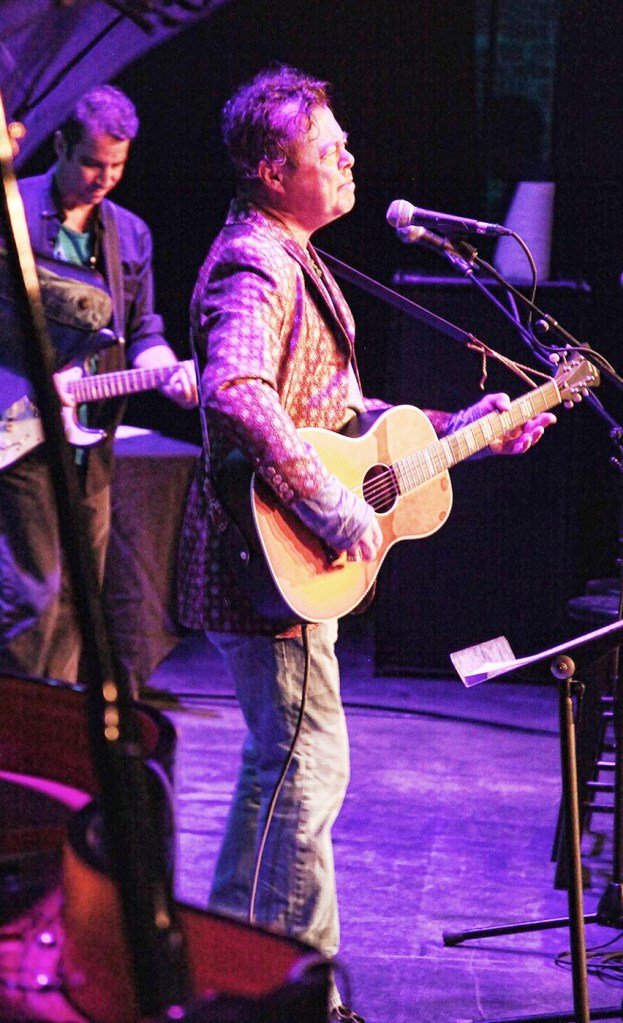 LAPLACE — Faced with a devastating cancer prognosis in the summer of 2020, LaPlace native Joe Tullos chose not to check into the hospital for radical treatment. Instead, he headed to his longtime friend’s French Quarter music studio and recorded what would become his final album.

Michael Paz, Tullos’ manager, derived the concept of the album from conversations they shared before his passing. Tullos was adamant that he wanted to be cremated, with his ashes placed in a glass sphere and released into the Gulf Stream off of the North Carolina coast. The image of a glass sphere over water is displayed on the cover of “Vessels.”

“That sphere is a vessel. We became vessels, and the songs became vessels as well,” Paz said. “Really, the only way to get the world to know about him is through his music. He would probably be filling up clubs and theaters, but seeing as we don’t have Joe and a band to tour around the United States, all we have is people sharing his music. I still get many calls a week inquiring about it. His music still has a life of its own.”

While he didn’t live to a ripe old age, Tullos lived a full and interesting life as a musician, storyteller, chef and traveler. A native of the River Parishes, Tullos moved his family to North Carolina for 20 years and operated a restaurant called “LaPlace.” He drew influence from Cajun music and Louisiana culture in his folky, Americana style. At the heart of his masterful lyrics was a gift for telling stories of the people he met.

Paz first met Tullos in the early 90s, when he had a band called “Big Sun.” Along with Paz, old friends from the “Big Sun” era stepped up to help Tullos record a treasure trove of unreleased music in his final weeks. Among them were drummer Kevin Aucoin, who also hails from St. John Parish, and keyboardist/accordionist/vocalist and music director Mark “Byrdawg” Dillon.

As Tullos’ manager, Paz has always been up for the challenge of getting his music out into the world, no matter the circumstances.

“It was bittersweet. One of the hardest things I’ve ever had to do was watch a friend who was like a brother fall apart. He was deteriorating quite quickly,” Paz said. “The whole process started September 28, 2020, and he passed on November 10.  He was in the studio until the week before he died, working on all this material that he had not released before. At the time there was really not an intention for an album. He wanted to record as much music as he could before he passed.”

“Vessels” also included a couple of songs that Tullos had previously recorded. “Next Town,” previously released on the “Big Sun” album as a rock n’ roll song, was reimagined as a piano ballad that was later played at Tullos’ memorial service.

“Vessels” received praise from Sirius/XM host Meg Griffin, who stated: “Without being derivative, the songwriting of true original Joe Tullos lives in the unfiltered lyrical world that easily co-exists with Leonard Cohen, Warren Zevon, Nick Cave, Elvis Costello and Randy Newman. A lifelong musician who realized his own life’s end was near … rather than fade away, Joe raised his own bar to a level where the album he made this past pandemic year in New Orleans is one of my favorite recordings of all time.”

The shining review led to “Vessels” being in the top 10 most played for more than eight months, and several songs from the album were on rotation in countless markets throughout the country and abroad.

While “Vessels” did not advance past the first round of Grammy nominations, Paz said the posthumous honor achieved the goal of introducing more people to Tullos’ music.

His songs are available online at joetullos.com