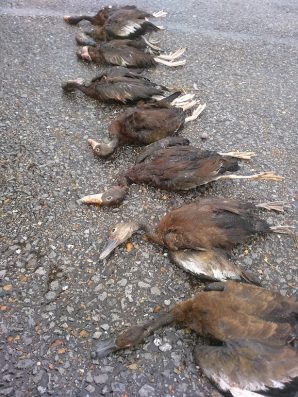 When agents made contact with Relle, he was in possession of over the limit of ducks that he harvested from a hunt he made earlier in the day.  Agents seized eight whistling ducks and donated them to a local charity.

Rallying migratory game birds and possessing over the limit of ducks brings a $400 to $950 fine and up to 120 days in jail for each offense.  Relle also faces civil restitution totaling $212 for the replacement value of the whistling ducks.