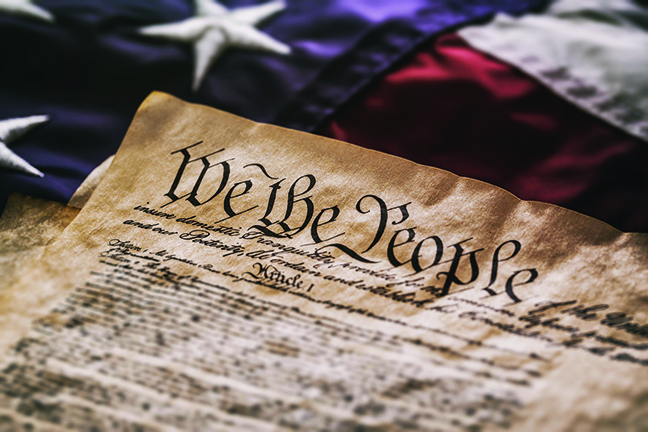 Let’s clear a common misconception which we have been led to believe in the past.

Are we a democracy? NO!! Absolutely not!

But this is propagated daily in the media by reporters and politicians.

Just listen to the daily news! Nary has a day gone by when we are not bombarded in the media about our “democracy”.

A democracy can be compared to two wolves and a sheep voting on what to have for dinner.” Yes, you get to vote, but that’s little consolation to the sheep! Our founders did everything in their power to keep us from being a democracy and they said so in the Federalist Paper #10 (Madison) and in personal journals.

“Federal” refers to the form of our government:  An alliance of States with close cultural and economic ties associated together in a “federation” with a national government to which is delegated supremacy over the States only in specifically defined areas. All other powers are left to the States or the People!

The powers delegated by the proposed Constitution to the federal government are few and defined. Those that are to remain in the State governments are numerous and indefinite.  The former will be exercised principally on external objects, as war, peace, negotiation, and foreign commerce; with which last the power of taxation will, for the most part, be connected. The powers reserved to the several States will extend to all the objects which, in the ordinary course of affairs, concern the lives, liberties, and properties of the people….

Read the above again slowly and weep for your country!! Our federal government was never intended to regulate energy, health, labor, education, transportation, agriculture, housing, etc., etc. Those were the powers “reserved to the several States”.