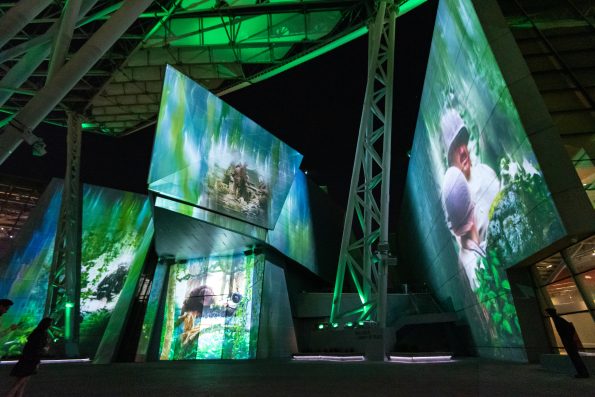 Courtesy of The National WWII Museum.

NEW ORLEANS (November 10, 2022) — On the eve of Veterans Day, The National WWII Museum in New Orleans will unveil its newest attraction, Expressions of America, a first-of-its-kind nighttime sound and light show celebrating the power of individual Americans to impact the world around them during a time of monumental conflict.

Generously presented by Bob & Dolores Hope Foundation, Expressions of America brings history to life like never before with music, archival footage and personal reflections. Combining cutting-edge technology and special effects with the real words and stories of everyday people, the show places viewers in the center of the war’s most epic and personal moments, immersing them in the experiences of the men and women who served our country in every way imaginable during World War II.

“Expressions of America has been more than five years in the making, and we are thrilled to finally be able to share this groundbreaking project with Museum visitors,” said Stephen J. Watson, Museum President & CEO. “This innovative experience provides an exciting and relevant way for the Museum to connect with audiences of all ages and advance our educational mission. As audiences experience the war through the thoughts and feelings of those who experienced it firsthand, they will better understand the WWII generation’s emotional journey to defeat tyranny and defend freedom throughout the world.”

The Expressions of America World Premiere presented by Stephen G. and Regina Oswald Foundation will be held in conjunction with the Museum’s Veterans Day weekend celebration. The Museum will honor all of our nation’s veterans and celebrate their service this Veterans Day with commemorative programming, the annual Victory Ball, and a special visit from 20 WWII veterans traveling with the Gary Sinise Foundation’s Soaring Valor program.

Centered under the Bollinger Canopy of Peace, a soaring centerpiece spanning the campus, Expressions of America uses projection mapping technology — which transforms architectural objects through movement and light — to project living murals up to 90 feet tall on the facades of the Museum’s buildings surrounding the Col. Battle Barksdale Parade Ground.

Hosted by actor and veterans advocate Gary Sinise, the 90-minute experience includes a special custom exhibit highlighting the role of correspondence during the war, a menu of festive food and drinks, and live pre-show entertainment before guests move outdoors to the Parade Ground for the approximately 25-minute sound and light show, followed by original jazz versions of war-era classics and artistic projections of information about the real-life individuals featured in the show.

Featuring an original musical score performed by New Orleans musicians, including members of the legendary Preservation Hall Jazz Band, Expressions of America sends a powerful message about the tremendous impact that individual people — such as US Army nurse Major Birdie Daigle, Staff Sergeant and Medal of Honor recipient Edward A. Carter Jr., renowned entertainer Bob Hope, and others — can have in times of great conflict.

“I think my father would have been very honored to know that an esteemed institution like The National WWII Museum is helping to preserve his legacy for future generations through Expressions of America,” said Linda Hope, Bob Hope’s daughter and Chair/CEO of Bob & Dolores Hope Foundation. “Nothing brought him more joy than to hear the laughter of the troops he entertained around the globe. In a time of global darkness, he understood the importance of bringing a piece of home to the frontlines. I’m touched to know that his story and service will live on through this show.”

Using source material from the Museum’s collection — letters written during the war and oral histories — the show helps viewers understand how soldiers, nurses, chaplains, factory workers, entertainers and supportive loved ones on the Home Front banded together. They each created their own meaningful acts of sacrifice, ingenuity, bravery and love to preserve freedom.

“With Expressions of America, we are introducing viewers to the stories of World War II in a completely new way,” said Kimberly Guise, the Museum’s Senior Curator and Director for Curatorial Affairs. “The script is shaped by letters from a wide range of individuals, helping to present a diverse portrait of American life from a time when the outcome of the war was uncertain. I’m grateful to have played a part in this project to bring the WWII generation to new audiences.”

Expressions of America was developed in partnership with Mousetrappe, an internationally acclaimed leader in designing and producing media-based shows and experiences for museums, theme parks, expos, and cultural attractions. Mousetrappe collaborated with Solomon Group — an award-winning entertainment design and production firm — on the technical design. Expressions of America utilizes best-in-class projection technology by Panasonic to share the Museum’s mission with a wider audience in a larger-than-life environment.

“When we began imagining Expressions of America with the Museum, the concept of an outdoor immersive experience was quite revolutionary,” said Daren Ulmer, Founder and Chief Creative Officer of Mousetrappe. “The Museum’s vision and innovative approach to storytelling allowed us to go beyond current trends in immersive experiences to create a unique evening experience that pushes technology, scale and traditional historical presentation techniques to a whole new level.”

Expressions of America is made possible with additional support from the US Department of Commerce Economic Development Administration and New Orleans & Company. The show is a permanent addition to the Museum campus and will run three to four times per week, with show times and dates varying seasonally. Tickets to Expressions are available a la carte, with a three-course dinner or as part of a Museum admission package. Visit expressionsofamerica.org for more information or to purchase tickets.

The National WWII Museum tells the story of the American experience in the war that changed the world — why it was fought, how it was won, and what it means today — so that all generations will understand the price of freedom and be inspired by what they learn. Dedicated in 2000 as The National D-Day Museum and now designated by Congress as America’s National WWII Museum, the institution celebrates the American spirit, the teamwork, optimism, courage and sacrifices of the men and women who fought on the battlefront and served on the Home Front. For more information on Tripadvisor’s #1 New Orleans attraction, call 877-813-3329 or 504-528-1944, or visit nationalww2museum.org.

Bob & Dolores Hope Foundation supports organizations that bring “HOPE” to those who serve or have served to protect our nation. The Foundation also supports charitable organizations that preserve and honor the legacy of Bob Hope as an American entertainer, humanitarian, patriot, sportsman and supporter of military personnel and their families. 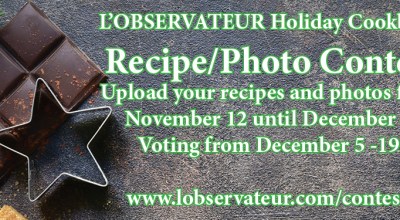 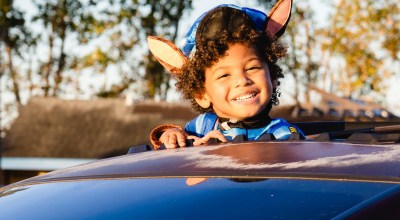 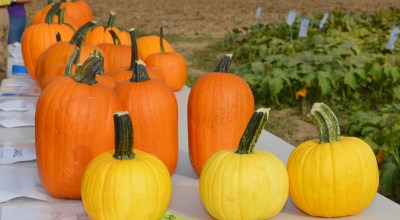 Join us for Boo on the Bayou, a walking Halloween adventure at your Southeast Louisiana National Wildlife Refuges Complex