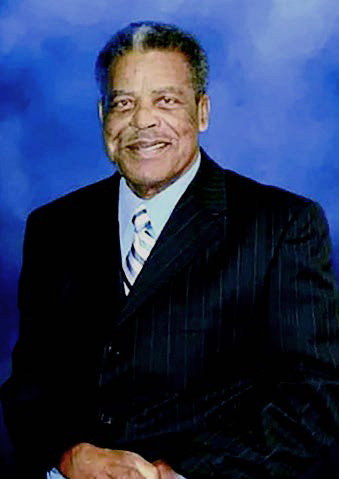 Richard “Dale” Wolfe spent 35 years in local government. ‘A man of the people’

LAPLACE — Richard “Dale” Wolfe was known by generations of St. John the Baptist Parish residents as a man of the people, a champion for the poor who never backed down against opposition.

The longtime local leader passed away at the age 82 on October 27, 2022, leaving behind a legacy that won’t soon be forgotten within the community.

Wolfe’s career in office began when he joined the St. John Parish Police Jury in 1974. He became an elected St. John Parish Councilman in 1984, when the parish adopted a new Home Rule Charter that changed the structure of the local government. Over the next two decades, Wolfe would shift between council member to council at-large, representing residents on both the East and West banks of St. John.

Wolfe’s 35 years in public office included outspoken support of millions of dollars’ worth of investment into the parish infrastructure, bringing improvements to recreation, drainage and roads. According to his daughter, Catrice Wolfe, he was instrumental in the creation of hundreds of local jobs by bringing Bayou Steel to the area and supporting the expansions of Marathon Petroleum and other local plants.

Wolfe was among the first Black men employed at Marathon’s Garyville refinery, where he worked for more than a decade. His daughter Regina Burke said he opened the door for a lot of young, Black men to secure high-paying careers at the refinery.

In 2007, Wolfe left the Parish Council to pursue a position with the St. John Parish Housing Authority. In 2010, he advanced to a run-off election for parish president but ultimately lost to Natalie Robottom.

Wolfe’s nine children learned from the example he set as a loving and caring person who looked out for others before himself, almost to his own detriment.

“My dad was a people’s person. He never met a stranger, and he was always willing to help any and everybody,” Catrice Wolfe said. “He would give and give until he couldn’t give anymore. Everyone knew him for that. They knew they could rely on him because he was going to stand for the people of St. John Parish, and he was willing to go up against any opposition.”

According to his daughters, Wolfe was a go-to person known for helping others find jobs, and he tirelessly fought for wage increases for the hourly parish employees.

“He would give the shirt off his back or the money out of his pocket,” Burke said.

His daughter Camille Wolfe Oubre added, “I think what I took from him, and also from my mother, June, was his kindness and loving care of people.”

Daughter Kim Wolfe said her father taught all of his children to be compassionate and also fiercely independent.

“He basically taught us how to drive at 12 or 13 years old. He had us doing things for ourselves at that young age,” she said.

His daughters fondly reflect on childhood days spent horseback riding along the levee in Montz and taking car rides to the lakefront. When Wolfe would drive home, he would get out the car and do a little dance to make his children laugh. He loved crabbing, crawfishing , and collecting fast cars, especially the vintage Model Ts.

Parish President Jaclyn Hotard served alongside Wolfe on the Parish Council, and she sent heartfelt condolences to his family after learning of their loss.

“Mr. Dale certainly left his mark on St. John and beyond. I always joked with him about my mental book of ‘Wolfeisms’ – a list of his frequent phrases at council meetings,” Hotard said, recounting that one of her favorites was “Right church, wrong pew.”

“He always knew what to say and when to say it,” Hotard said. “He was a fearless leader, and will be sorely missed.”