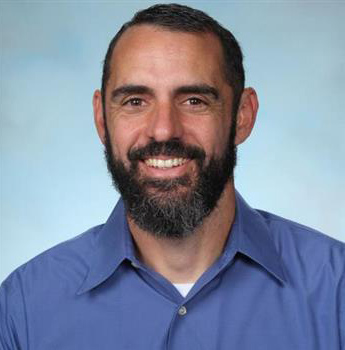 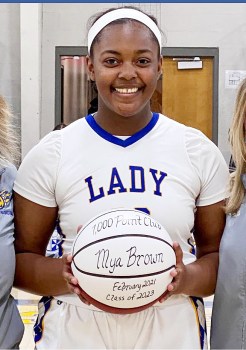 Senior Mya Brown joined the 1,000-point club as a sophomore.

LAPLACE — After years of low participation, the St. Charles Catholic girls’ basketball program is heading in a positive direction.

All three members of the coaching staff have head coaching experience and know what it takes to develop a successful program. After volleyball season ends, 16 to 18 girls are expected to participate this year on varsity and sub-varsity teams.

“Over the past two years, Dawn Gaubert did a very good job of getting the girls out there. We are going to continue what her coaching staff started,” Vitrano said. “Numbers were an issue in the past, and that has gotten better. Between the underclassmen and our two seniors, I think we’re going to have a good run. I think developing that young talent moving forward is going to be crucial in the program and moving St. Charles girls’ basketball forward.”

A native of Destrehan, Vitrano has been in the teaching profession for 17 years and has coached at different levels for various sports. This is his first year as a head coach in basketball. Vitrano spent the past four years at Belle Chasse High School as the head baseball coach prior to coming to St. Charles Catholic, a move that allows him to spend more time with his wife and run around from event to event with his two children.

Williams, a native of New Iberia, played basketball at the University of New Orleans for four years before starting her coaching career. She has more than 100 wins at the high school level and two state championships under her belt, in addition to coaching numerous athletes who went on to compete at the collegiate level. Williams currently works in educational administration and believes life lessons can be taught through sports.

The new coaching staff joins Remondet, a native of LaPlace and a 1996 graduate of SCC, where she played alongside her twin sister, Erica. Remondet went on to play at Nicholls State University and then at William Carey University, where she spent a year as a student assistant coach. Since returning to St. Charles Catholic in 2018, she has helped bring the Lady Comets to the semifinals in 2020 and the quarterfinals in 2021. She also works at an adaptive P.E. teacher at SCC, and both of her children currently attend the school.

The coaching staff is currently prepping the Lady Comets for the season opener against Maurepas on November 22, over the Thanksgiving holidays. SCC is slated to appear in two tournaments hosted by Haynes and Hahnville. One of the biggest games on the schedule will be against Newman, a powerhouse school that has challenged St. Charles Catholic across every boys’ and girls’ sport. Last season, the Lady Comets fell to the Greenies in the quarterfinals, and the girls are eager to write a different ending to the story this year.

“With a young team, every game is going to be challenging, but those are the games you judge where your program is at, against the Hahnvilles, the Newmans, the Destrehans,” Vitrano said.

This year’s Lady Comets squad features only two seniors, Mya Brown and Marissa Sterling. Brown, who also competes on the volleyball team, is an all-district player and a member of the 1,000-point club.

“We haven’t had her at practice yet, but I know based on what I’ve seen from film from last year that she can score, she can play defense, she can run the court, and she can handle the ball. I’m pretty excited about having her out there,” Vitrano said.

Sterling was a transfer last season and was ineligible to play at the time, but her senior season will be a chance to show what she’s capable of on the court.

Junior Taylor Robinson had a lot of playing time last year and will be an asset to the Lady Comets team defensively. Vitrano looks for Robinson and Kennedy Batiste to be even more aggressive this season. Meanwhile, sophomore Megan McMillon is expected to handle point guard responsibilities and return as one of the better shooters on the team.

Vitrano added that the Lady Comets will have a couple of returning freshmen who played as eighth graders. Among them are offensive threat Chavez Smith, defensive specialist Jaiya Bailey and varsity player Blaire Mitchell.

Kaitlyn Abair is expected to be another main contributor this season as long as she is able to stay healthy.