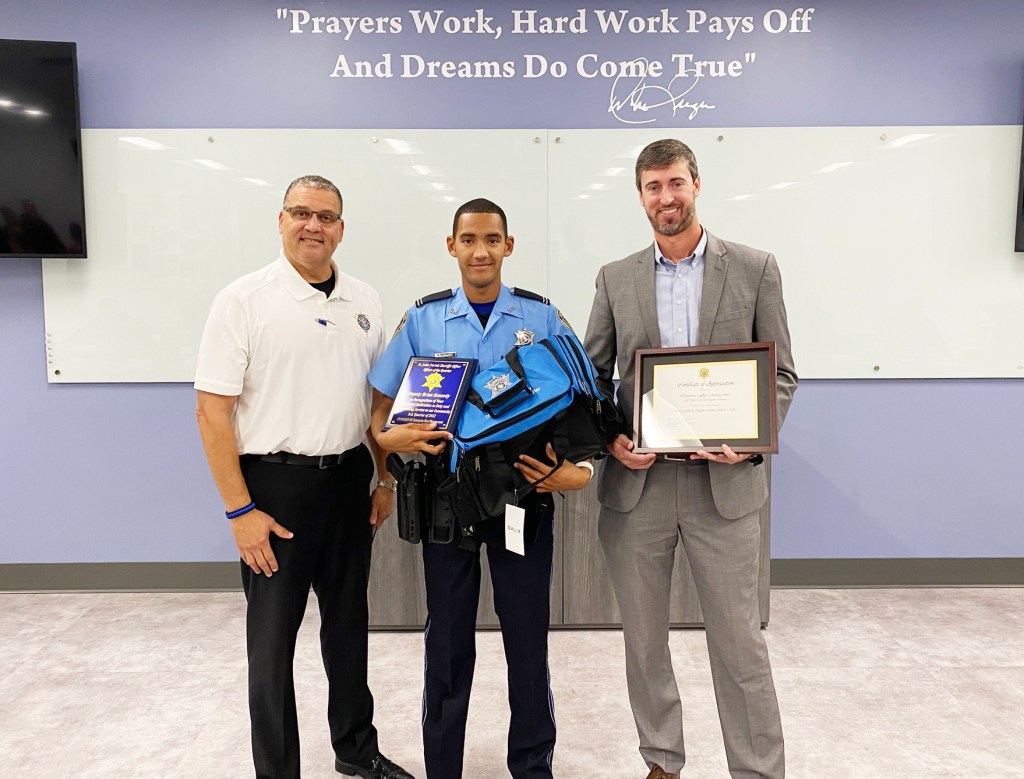 Deputy Kennedy, while off duty, played a major role in helping to save the life of a man who was experiencing medical distress while driving and crashed into a canal on Longwood Court in LaPlace. With him are Sheriff Mike Tregre and Dustin Hinds of Enterprise Fleet Management, the sponsor of the Officer of Third Quarter award.

On Monday, July 11, 2022, Deputy Kennedy was heading home when he observed a vehicle travelling erratically on Fairway Drive. Approaching Longwood Court, Deputy Kennedy suddenly noticed the vehicle in the canal. Without hesitation, Deputy Kennedy and four other males, who also witnessed the vehicle crash, entered the water. The men could not immediately make entry due to the doors being locked.

A passerby also stopped and provided Deputy Kennedy with a flash light with a window breaker who gave it to one of the men who successfully broke the window. Subsequently, Deputy Kennedy reached inside to unlock the driver’s door and noticed the male subject was unconscious. He then attempted to wake the driver by tapping on his shoulder, but got no response. He was able to find a faint pulse. Deputy Kennedy and the men then rescued the man from the vehicle and carried him to the top of the embankment.