Average Louisiana man spends 32 minutes getting ready for a night out, reveals survey 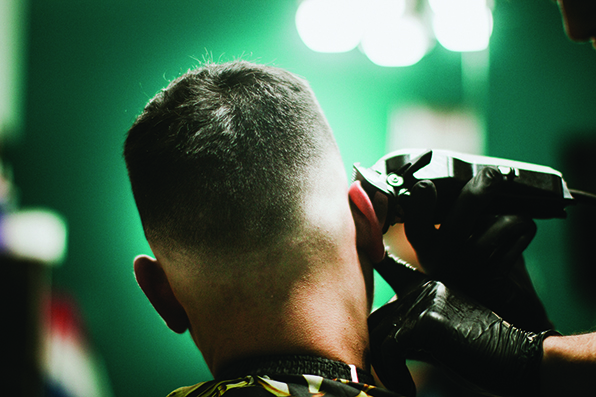 Manscaping Minutes: The average Louisiana man spends 32 minutes getting ready for a night out, reveals survey.

Times have changed. Only a few years ago, the idea of a man spending more than a few minutes on his grooming regime – a dab of deodorant, a squirt of hair gel – would have been laughable. But – some might say thankfully – attitudes have changed. Perhaps it’s the boom in social media, making it acceptable for people to portray themselves more and more on camera, or the rise in US reality shows. All this has required the average male to up his game, knowing that he might be compared to what others see on social media or TV – and encourage him to make the most of himself.

Grooming advice website, Tools of Men, wanted to see how this trend has translated to American men, and polled 3,000 of them to find out just how long they spend getting ready for a night out. The results showed that the average Louisiana man spends a not-insignificant 32 minutes getting ready (not including showering) – fairly long, we can all agree, considering they (mostly) won’t be applying make up or spending time drying long hair. But maybe they’re just enjoying the process of a little self care and pampering – after all, feeling good is an overall part of looking good, as they say.  The national average is 27 minutes.

Perhaps surprisingly, it is Delawarean men who take the longest preparing before a night out – a full 35 minutes on average! Conversely, Montanan men are less bothered about their appearance, spending only 10 minutes getting ready.

The survey also found that men say that the element that takes up most time while getting ready for a night out is choosing their outfit (69%), doing their hair takes second (23%) while 8% said it is skin prepping – moisturizing, toning, shaving etc. Nearly a quarter of men (22%) confessed they actually pluck their eyebrows, while 10% said they would be prepared to get into debt buying grooming products such as razors, moisturizers, or teeth whitening products, which don’t come cheap. And in a sign that times really have changed, over 1 in 10 heterosexual men admit they take longer to get ready than their partner.

‘People’s views on male grooming have shifted significantly in recent years,’ says Adam Williams of Tools of Men. ‘Our survey shows that that men are actively looking after their appearance and enjoying taking care of it, which is very encouraging to see.’