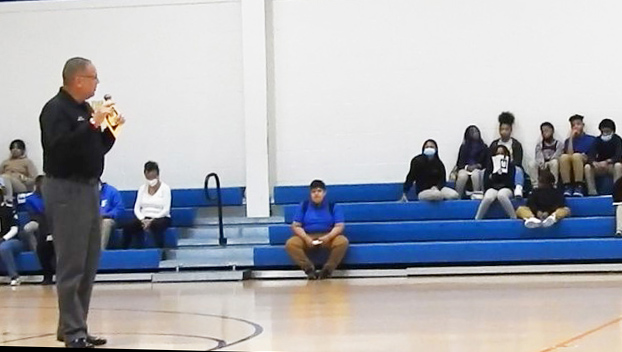 St. John Sheriff Mike Tregre speaks to students at Lake Pontchartrain Elementary about how to communicate rather than resorting to violence.

LAPLACE — St. John Sheriff Mike Tregre visited Lake Pontchartrain Elementary this week to talk to fifth through eighth graders about taking a stand against gun violence. “You don’t need a gun to settle an argument,” he said. “Communicate … talk it out.”

To conclude the program, students recited the Pledge Against Gun Violence, promising to never bring a gun to school, never use a gun to settle a personal problem or dispute, and use their influence with friends to keep them from using guns to settle disputes.