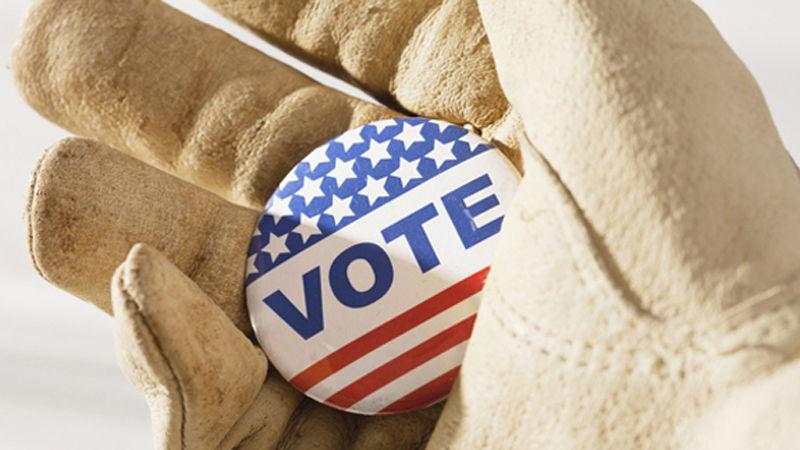 Auditor Paddy McGuire, a Democrat who oversees elections in Mason County, Wash., decided not to retire this year because the candidate who is challenging him is an election conspiracy theorist.

“It’s just hard, as somebody who grew up, as I said, believing in democratic values, that I’m being challenged by somebody who doesn’t believe that our elections here, locally or nationally, are free and fair,” McGuire said. “Particularly here in Mason County, where his (Republican) party wins a lot more elections than my party does.”

What is happening in Mason County is happening all across this country. An unknown number of conspiracy theorists are running for Congress, governor and 1,700 secretary of state or other positions that administer local elections and oversee the people who actually hand out ballots, tally votes, and report results.

I taught American history for over four years and have monitored elections for over 62 years as a newspaperman. I can’t remember another time when one individual like Donald Trump could falsely convince so many people our elections are corrupt.

USA Today said, “Out of the 62 lawsuits filed challenging the (2020) presidential election, 61 have failed,” and “decisions have come from both Democrat-appointed and Republican-appointed judges.”

Despite those Trump losses, Republicans who believed him are asking their voters to vote on election day. If they received a mail ballot, they are being asked to not turn it in until election day.

If that happens, it could be days before voters know the outcome of any election. As one former election clerk said, “In many places, if you don’t get mail ballots in hand until election day, you are not counting them until after Election Day.

Consider the fact that eight states — California, Colorado, Hawaii, Nevada, Oregon, Utah, Vermont, and Washington — allow all elections to be conducted by mail.

The National Conference of State Legislatures said in all-mail elections, all registered voters are sent a ballot in the mail. The voter marks the ballot, puts it in a secrecy envelope or sleeve and then into a separate mailing envelope, signs an affidavit on the exterior of the mailing envelope and returns the package via mail or by dropping it off.

As a frequent mail-in voter, I find the system to be secure. Louisiana isn’t using scanning devices at the moment to count the votes, but the 49 states that do save the ballots in the event they are needed for recounts.

The Associated Press said a last-minute crush of ballots could end up creating delays that conspiracy theorists could use to undermine confidence in the election.

Voters in some states aren’t taking GOP advice for the 2022 midterms, but the return number of mail-in ballots is slower. The AP said Georgia has received about 23 percent of its mailed ballots compared to 35 percent in 2020. In Wisconsin, it’s 45 percent returned compared to 56 percent in 2020.

Twenty-four states use optical scanners to count the votes and those scanners keep the paper copies in the event audits are needed. Twenty-five other states also use scanners along with hand counts, ballot-marking devices, and direct recording electronic voting machines, according to ballotpedia.org.

Louisiana is the one exception. It has used its older direct recording electronic devices to count the votes. The state is in the process of trying to purchase new voting machines that will have a paper trail.

Dominion Voting Systems came under Trump’s attacks after the 2020 election. The company has filed eight lawsuits seeking more than $10 billion in damages against Fox News, and other networks, corporations,  and individuals.

CBS News during a “60 Minutes” interview with John Poulos, CEO of Dominion, said efforts by Fox News and other defendants to have the Dominion suits dismissed have been rejected by the courts. However, Fox told CBS it is confident it will prevail, citing protections of the First Amendment.

The “60 Minutes” segment did an excellent job of explaining how voting machines made by Dominion and other companies work. The scanners that 49 states use count the ballots and save the paper ballots for recounts.

The only legitimate explanation most folks can offer for saying they don’t trust elections in this country is, “Donald Trump said it, so it must be true.”